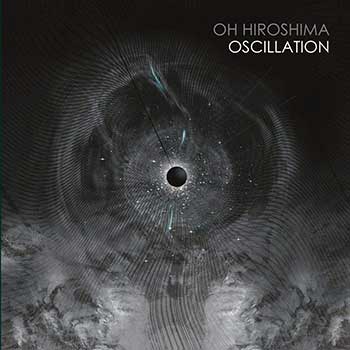 POST-ROCK: Despite initially being self-released, previous albums by this Swedish band were reissued via a label called Fluttery. Oscillation is the band’s third full-length, and while it is a telling and narrowing title for a post-rock record, it is in fact the least pretentiously titled of their five overall releases. It would appear that when it comes to the nomenclature surrounding them, Oh Hiroshima is doing everything to let the world know what sonic neighborhood they’re playing in.

Having their latest issued via Napalm, a label known primarily for metal in its many varieties, is possibly the least typecasting thing they’ve ever done. On that note, there are new songs “A Handful of Dust” and “Molnet,” two tracks that are quite possibly the heaviest compositions to emerge from the Oh Hiroshima camp, with a bass and guitar tone tandem and abrupt clean/heavy transformations that approximate the thunder of countrymen Cult of Luna and briefly shift them away from the ethereal linearity that makes up the majority of their songwriting style.

As well, “Darkroom Aesthetics” lives up to its sinister title with minor key washes, keyboards simulating a brass section, and a swath of dynamic flourish. Otherwise, Oscillation is steeped in the sort of post-rock that aims to sound like panoramic nature photography. They do a decent enough job, but there’s a largesse missing from Oh Hiroshima’s sound. They have the shimmer and space, the bucolic sense and floating wisp provided by effects rich guitars, and sparse vocals, but the overall sound rarely crosses over into territory that would be considered massive and all-encompassing. Songs like “Moderate Spectre” and “Neu” have all the ingredients, but when dynamics are an all-important function, there’s something about Oscillation that sounds compressed and lacks a full lung’s breath. ~ Kevin Stewart-Panko