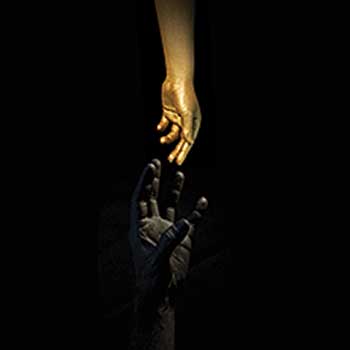 SLUDGY NOISE: Way back in the 90s, when Will Haven first fought its way out of Sacramento’s metal scene, they were a real sore thumb, and their refusal to sound like anyone but themselves definitely played into what made them so formidable. With vocalist Grady Avenell quitting and returning on more than one occasion, that he’s actually stuck around long enough to rack up three consecutive albums is definitely to the band’s benefit, and in 2018, they inarguably still sound like no one but Will Haven. However, as with 2011’s Voir Dire and 2015’s Open the Mind to Discomfort, they have proven unable to assail the heights reached with 2001’s Carpe Diem, possibly one of the best records of its decade. Still, remaining sufficiently abrasive, the stuttering stabs and overt eeriness of “Winds of Change” make for a suitably unsettling experience, and its extended, heavily layered coda is entrancing. The likes of “The Son”—it too, like most tracks here, maintaining the aforementioned eeriness—as well as the nightmarish “No Escape” and closer “El Sol” capture them at their biggest, the songs not overly lengthy but wielding an epic feel nonetheless. Not entirely maintaining this standard makes for an overall patchy collection, but they retain sufficient flashes of unique genius to justify listening. ~ Dan Slessor

LIGHT THE TORCH: You Will Be the Death of Me