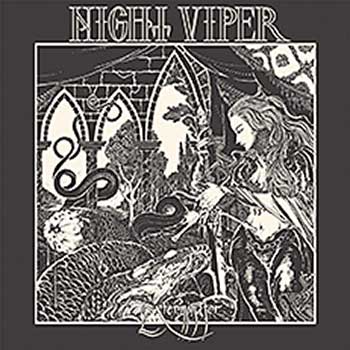 TRADITIONAL METAL: Night Viper hails from Gothenburg, Sweden, home of melodic death metal luminaries like In Flames, Dark Tranquility, and At the Gates. They sound like none of those bands. Instead, they go for a traditional metal approach on Exterminator. Usually, that translates to thrashy guitar work during the intro and solos and a midtempo chug the rest of the time to allow for Sofie-Lee Johansson’s vocal abilities. She’s clearly going for a Doro thing, but without the range or versatility. She does try to make up for it with enthusiasm, but that’ll only take you so far. Fortunately, the band itself has some chops, and they do what they can to carry her. As far as the actual music goes, they cast their net of influences wide. “Never Win” echoes Kill ‘Em All era Metallica. “On the Run” basically sounds like George Thorogood in leather and chains. “No Escape” revisits Saxon’s New Wave of British Heavy Metal glory days. The combination of virtuoso musicianship and plodding hard rock does help give Night Viper its own identity, something a lot of traditional metal bands lack. Unfortunately, it’s not a great identity. Exterminator is fun, but Johansson tends to hold the rest of the musicians back. If she had some serious vocal training (or they replaced her), Night Viper could be a real contender. ~ Jeff Treppel