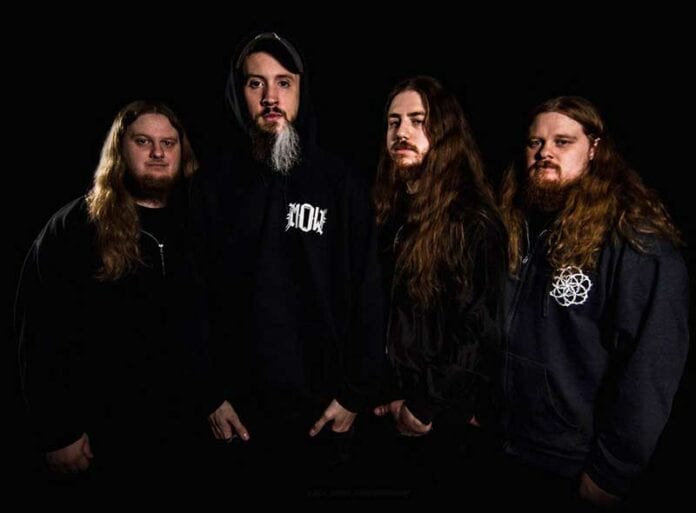 WATCH THE EXCLUSIVE VIDEO PREMIERE OF MY OWN WILL “IFRIT” ON OUTBURN.COM

My Own Will, a four piece heavy outfit from the backwoods of southeast Michigan, blurs the line between catchy, crowd-pleasing metalcore and the brutally raw sound of deathcore. The band is the first signing to newly launched metal label Death Toll Records, which released their new EP Disgust on July 30.

I can feel the embers
Engulfing everything I am
This deal just wasn’t worth it.
I swear I don’t deserve this.

I want to watch you suffer,
As the blood moon blankets the earth.
This night is everlasting.
This body, forever mine.

I wait for your expression,
When the hope has left your eyes.
Your planet will lay empty,
All bodies, free of life.

All hell breaks loose,
He has absolutely nothing but
I have everything to lose,
And everything I am.

Shut your mouth, you mortal scum.
Now witness the deaths of everyone you’ve ever loved.

Bloodlust has full control,
and the darkness has swallowed me whole.
I’m sorry, for I have failed you all.
This is the end for us all.

I want to watch you suffer,
As the blood moon blankets the earth.
This night is everlasting.
This body, forever mine.

I can see your expression,
All the hope has left your eyes.
Your planet laying empty,
Dead bodies, except for mine.

My Own Will was formed by twin brothers Danny and Kyle Cummings and their good friend David Keoppen, who happened to grow up in the same neighborhood as them before being asked to join one of their former bands. After that band dissolved, the trio decided to form a new project. They wanted this project to be as heavy and aggressive as it could possibly be.

Their lineup went through bouts of instability before finding a bass player in Max Kushner (ex-Smash Your Enemies), the final piece that they believed they were missing.

With a solid lineup, well written songs, and an impressively brutal live show, My Own Will plans to continue carving their way through the heavy music scene. The band has played with a wide variety of established national acts, such as Cannibal Corpse, Whitechapel, After the Burial, Traitors, The Last Ten Seconds of Life, Falsifier, Filth, and many more.