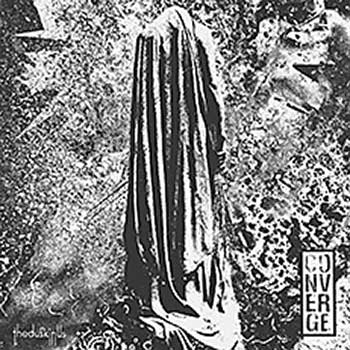 CONVERGE
The Dusk in Us

METALCORE: As unbelievable as it may be, Converge somehow gets better with each successive album. It’s especially impressive how many stone cold classics they have under their belt (including the genre defining masterpiece Jane Doe). Their ninth album, The Dusk in Us, continues the upward trend. They’ve had a full five years since their last full-length, All We Love We Leave Behind, to stockpile riffs and rage, and it shows. This is highly complex metalcore, but the technical wizardry never overshadows the raw emotion. Jacob Bannon turns in a highly charged performance, screaming like his sanity depends on it. And maybe it does. He also uses clean vocals to great effect on tracks like “A Single Tear” and “Trigger,” exposing his soul through bared teeth. His priorities have changed, with songs about fatherhood and maintaining your calm in the face of a crazy world, but he’s able to articulate those complex feelings. Meanwhile, Nate Newton and Kurt Ballou (who also produced, as with all of their material since 1998) perform all sorts of crazy twists and turns and stops and starts with their six and four strings, somehow finding the hooks in the chaos, while Ben Koller slams it all home with his kit. Even at 45 minutes of screaming and discordant riffs, it flies by. It’s yet another essential release from Converge. ~ Jeff Treppel