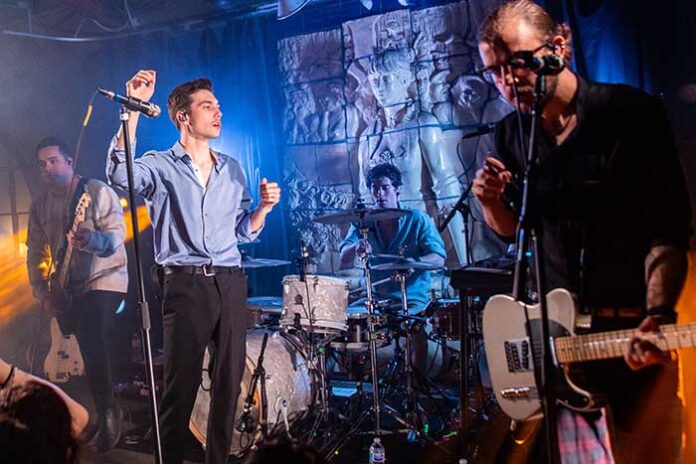 Opening up the show was Young Culture, a band from New York. They had a great live energy, and the crowd, although small was very interested and involved with their music. There was a lot of fan interaction and a high level of energy from the crowd.

Next up was a local band, Cemetery Sun. A good portion of the crowd already knew who they were since they are local to the Bay Area. They performed a great mix of new and old songs and had a great reaction from the fans. At one point during their set they brought up a fan and had the crowd join in to sing happy birthday.

The next act to perform was Girlfriends, this is a newer band formed by Travis Mills, formally known as T. Mills, and Nick Gross who is known for being a member of Goldfinger and the founder of Find Your Grind. Although Girlfriends is a new act, they have been able to build a fan base rather quickly and have a great selection of songs to perform. The majority of the crowd knew who they were, and there was a great interaction between the band and the fans.

Lastly was the headliner, Grayscale. The band is from Philadelphia and the tour was titled for their new album, Umbra. They performed a long set full of their hits and the fans went wild and visibly had a great time. They performed songs, like “Bad Love,” “Babylon,” and “Painkiller Weather.” Overall the show was great, and all the bands brought the energy in this intimate setting.