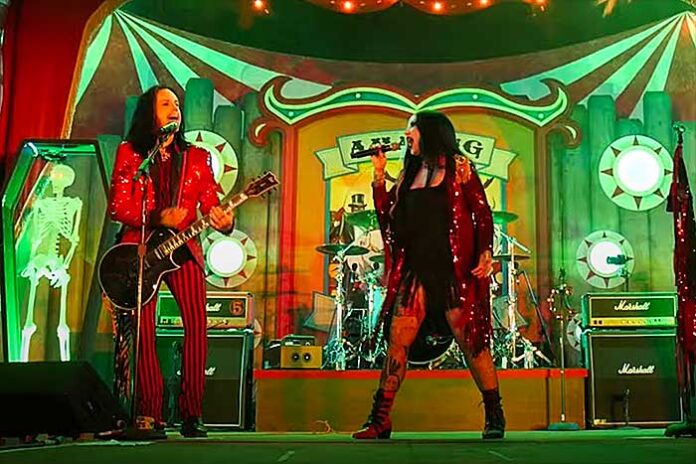 Goth-pop duo THE HAXANS—Ash Costello (New Years Day) and Matt Montgomery (Rob Zombie)—has released an official music video for their spooktacular cover of the David Bowie classic “Scary Monsters (And Super Creeps)” today. Shot during their residency at the legendary SoCal Halloween attraction, Knott’s Scary Farm, the track sees a rare lead vocal from Matt on a song by THE HAXANS.

Speaking on their new track and music video, guitarist and vocalist, Matt Montgomery shares, “We picked our covers for our Knott’s this year from Halloween playlists we’ve created over the years. One song that has been a staple ever since I could make playlists was this Bowie song. The original version has such a unique vibe, that it really took some years to figure out how to bring our own thing to it. It’s surely a fun one for me to sing on a little more than I do most of our other tunes. It’s certainly become a song that defines us and our audience and gets a party started!”