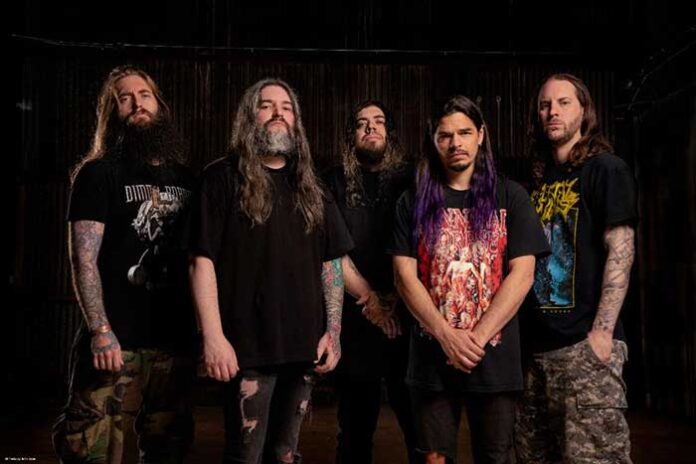 SUICIDE SILENCE releases new song “Thinking In Tongues” today. The song is currently available on all digital platforms and the video clip, which was directed by Vicente Cordero for Industrialism Films, will premiere today at 7pm CET/1pm ET/10am PT.

“This song derives from the chaotic feeling of losing one’s mind”, says the band about “Thinking In Tongues”. “Feeling like you’re choking on every breath you take until you eventually break. Debilitating confusion sets in and your mind begins ‘Thinking in Tongues’; essentially processing thoughts that not even you yourself can understand. In a sense, this song evokes the ultimate sense of helplessness.”

“Thinking In Tongues” is drummer Alex Lopez’s final studio performance, the band adds, “SUICIDE SILENCE and our long-time drummer, Alex Lopez, have mutually agreed to part ways. We wish him nothing but the best moving forward and encourage you all to follow his future endeavors in both music and visual arts. Our good friend, Ernie Iniguez (who recorded drums on ‘Become The Hunter’) will be drumming with us on the upcoming ‘Chaos & Carnage Tour’ and European festival run.”