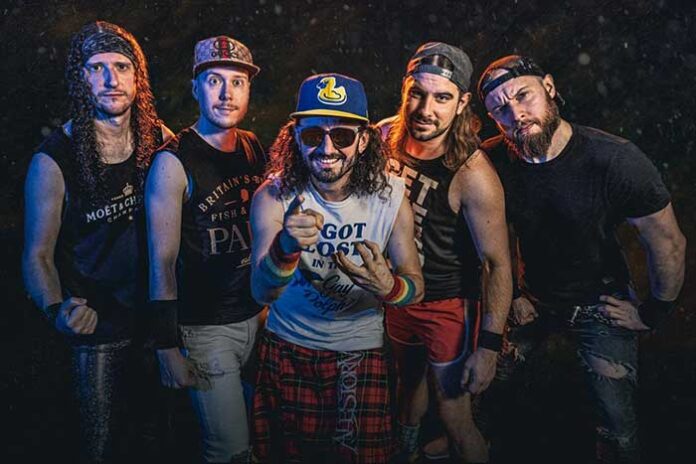 It’s “P.A.R.T.Y.” time! Grab a drink and come on board, because the infamous and boisterous pirate metal gang, ALESTORM, have released the second single from their upcoming full-length album, Seventh Rum of a Seventh Rum – the ultimate pirate-party-hymn: “P.A.R.T.Y.”

The energetic track is quite possibly the band’s catchiest offering to date – chock full of rousing chants and video game-worthy synths that tempt the listener to grab a drink and sing along, leaving no sailor behind. The dance-infused folk sound of ”P.A.R.T.Y.” will assuredly bring up the urge to gather your crew and bop happily along arm in arm. Set your sails and join ALESTORM at their pirate party on the open seas!

Christopher Bowes on “P.A.R.T.Y.”:
“Oh wow! We tried our best to make Seventh Rum of a Seventh Rum into a serious album, but of course we’re not very good at that, and the temptation to make a disco party anthem was all too great. So we ended up with this song. Extra special thanks to the wonderfully talented Alex Henderson for making this amazing animated video, and of course thanks to Matt Cockram for playing the egg (it’s just before verse 2, if you’re interested).”

Behemoth’s Nergal Releases ME AND THAT MAN’s Third Single “Under the...