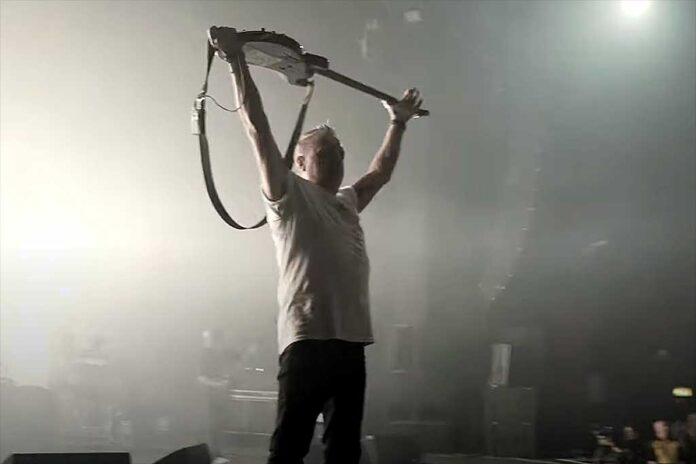 As part of their long relationship with live concert releases, Peter Hook & The Light and Live Here Now have announced that the recent sold out homecoming “Joy Division : A Celebration” show end July 2022 at O2 Apollo Manchester was recorded in full and is now set for release as a limited edition triple CD and vinyl as well as download, all of which showcase both Joy Division albums Unknown Pleasures and Closer in full along with the additional Joy Division tracks and opening set of New Order material that also features a surprise Monaco track.

Part of what were supposed to be the band’s debut gigs for the show, The Apollo show was originally planned to commemorate four decades of Joy Division’s and Ian Curtis’ continuing influence in May 2020 as well as the tenth anniversary of Hooky beginning his odyssey through both his bands’ back catalogs but the concerts were unavoidably postponed due to the pandemic. Fully sold out for a matter of years, The Light’s Manchester return was specially awaited by fans and saw a 32 song set list performed by the group across nearly three hours.

A video of “Love Will Tear Us Apart” from the Apollo concert has been released.

With the full set list for the releases included below, the triple CD limited edition version of the release features the entire gig across three CDs and is limited to 2000 copies. The CD will be shipped Friday, August 26, 2022

The triple vinyl edition limited to 1000 copies includes the entire Joy Division set rounding up the encores and additional tracks and comes with a bonus CD of the New Order set to complete the package. This is available for pre-order now with anticipated shipping in April 2023.

A signed LP sized art print limited to 500 copies will accompany the download of the concert. The download will also be available Friday, August 26, 2022 but the signed prints will ship early October 2022.

The release announcement comes as Peter Hook & The Light begin their most extensive North America tour to date with the “Joy Division : A Celebration” concerts taking in some 26 dates over 22 cities in August and September.

ME AND THAT MAN Releases Official Video for “By The River”