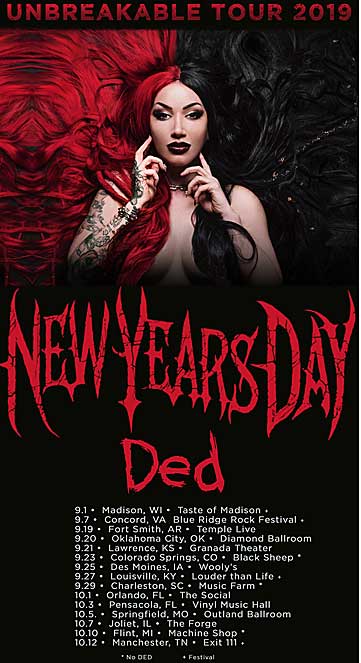 The band has been touring nonstop this year in support of their newest full length album, Unbreakable. They kicked off the year touring with Falling In Reverse and have gone on to support Godsmack and perform a handful of North American headline shows. Make sure to catch the band on the road the rest of 2019 for their Fall headline tour and their tour supporting In This Moment.