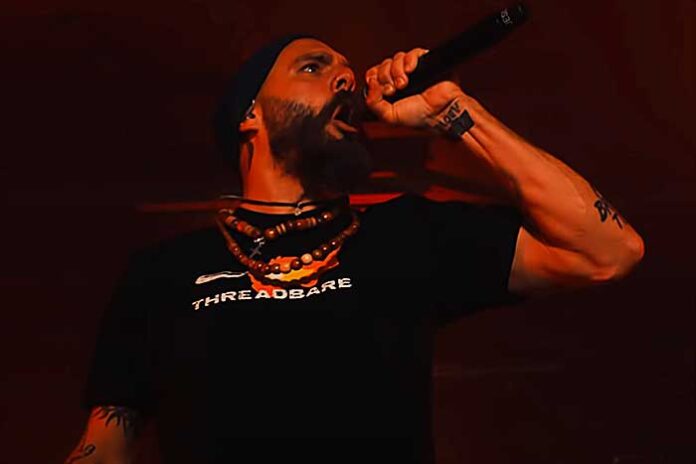 On August 6, 2021, three-time Grammy-nominated hard rock heavyweights and platinum-selling band Killswitch Engage unleashed a streaming event that took fans by storm. The event took place at The Palladium in Worcester in the band’s native Massachusetts, which has been the site of many iconic KsE shows throughout the band’s history. The performance setlist consists of 2019’s Atonement in full, along with their 2000-released, self-titled debut album in full—with some fun and unexpected surprises along the way! This special event was directed by David Brodsky and Allison Woest for MyGoodEye.

This compelling performance will be available for the first time digitally, on 2 LP, and 2 CD/BR on June 3 via Metal Blade. Pre-order it here.

Today, the band has shared the video for “Vide Infra” from the 2000 self-titled release.

“This song has stood the test of time for me, sonically and lyrically,” says singer Jesse Leach. “Sonically, it shows our hardcore roots and the blend of metal. Lyrically, it has words I still stand by and hold close to my beliefs. It’s one of my favorites from our early material!”

SCAR OF THE SUN Releases New Lyric Video for “Anastasis”