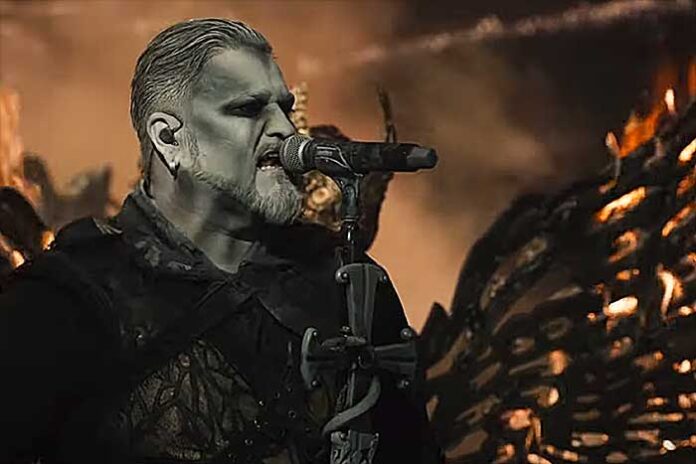 First featured on their successful 2018 studio album The Sacrament Of Sin (#1 GER album charts), POWERWOLF have now revealed the haunting live action version of “Venom Of Venus” and its exciting video clip, both cut from THE MONUMENTAL MASS – A CINEMATIC METAL EVENT – a movielike live spectacle available via DVD, BluRay and many other physical formats on July 8, 2022! The song impresses with POWERWOLF trademarks like strong guitar solos, standout vocals and exciting dynamics.

With the studio album version netting nearly 10 million streams on Spotify alone to date, “Venom Of Venus” breathes new life as a secret gem of this unique release – prominently accented by standout sound production and blazing stage pyrotechnics and effects.

POWERWOLF on “Venom Of Venus”:
“Although The Monumental Mass already had its live premiere a few months ago, it still feels fantastic to share scenes and songs from this unique event once again! The months of preparation and work we put in with our team to create an exciting journey into the world of POWERWOLF really paid off and with “Venom Of Venus” we have a song we’ve never performed before, so it’s even more special to share this song with you today!”