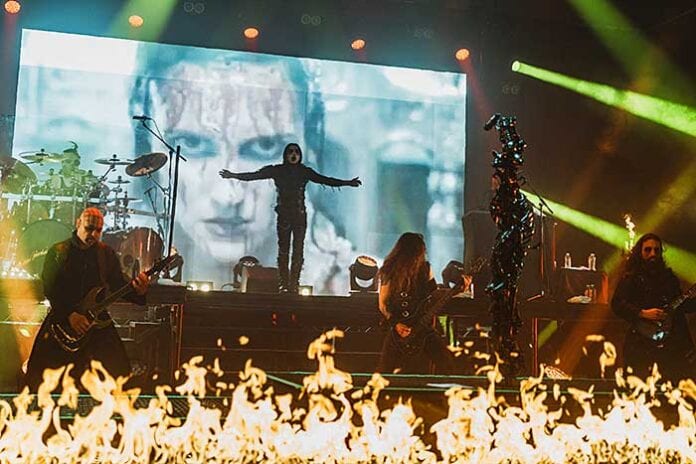 To say that the music industry has undergone some dramatic changes in the past couple of years would be an understatement. On top of an unprecedented shift in industry power dynamics towards streaming platforms such as Spotify and Apple Music, the live music sector has witnessed some historic declines that it may never recover from.

Born out from these twin developments has been the phenomenon of live-streamed music concerts, which are rapidly becoming the norm rather than the exception. Once a niche market on the very fringes of the music industry, the astonishing success of live streaming concerts has taken us all by storm, prompting many to ask whether they are here to stay. With even old-school bands like the death metal icons Cradle of Filth getting in on the act, let’s dive in and try and get an answer.

A short and dramatic history

As recently as five years ago, most people had never even heard of a livestream music concert, let alone contemplated paying actual money for one. However, that changed with the arrival of some massive livestream music events that everyone wanted to be a part of.

Chief among these was, of course, Beyonce’s 2018 set at Coachella, known in the annals of history as ‘Beychella’. The livestream of the performance was made available to those without Coachella tickets, with the result being that more than 41 million people tuned in to watch according to Fortune Magazine.

Meanwhile, the performance itself netted Beyonce a cool $4 million for two performances. Since this moment, widely regarded across the industry as something of a watershed moment, the rest is history. Huge numbers of fans shelled out concert ticket prices to gain access to livestream performances by the likes of Kylie Minogue, Radiohead, and the legendary pioneers of metal, Metallica.

Meanwhile, one-off livestream music events featuring industry legends, such as the Gladys Knight vs Patty LaBelle sing-off, have attracted huge numbers of paying viewers. There are hundreds of bands and musicians offering live streaming options to their fans. A potential high water moment came in the summer of 2020 when a paid livestream concert from the K-Pop sensations BTS attracted 746,000 paying viewers, an all-time record.

When assessing whether or not livestream music is truly here to stay, it’s worth looking at how embedded the medium has become in other sectors of the entertainment industry. One standout example is video games, where livestreams of gameplay on platforms such as Twitch often attract far more people than the actual video games themselves.

In a similar vein, fans of casino games such as poker and blackjack are now also opting for the livestream experience in growing numbers. Thanks to the availability of livestream casino platforms, such as Betway, anyone can now play blackjack, roulette, poker, and Baccarat, amongst others, with a real-life dealer via a live stream. This represents a potentially game-changing shift in the industry.

Meanwhile, huge numbers of people are now tuning into high-culture events such as Paris Fashion Week – an event once reserved for the creme de la creme of the fashion elite, via free and paid livestream shows.

On top of this, New York’s Broadway has even released a platform called BroadwayHD, where anyone can pay to watch all of the hottest plays and musicals live from the comfort of their homes. It is hard to imagine any of these trends becoming less popular in the coming months and years.

Finally, it’s worth breaking down the numbers to get a better picture of just how integral live streaming has now become to the music industry. According to the industry body Streaming Media, live stream events grew by almost 100% last year alone.

Meanwhile, music agents are starting to pay serious attention to the fact that 67% of all people who bought a ticket to a live stream concert last year went on to buy another ticket for a similar event within the following 6 months.

Meanwhile, the most lucrative demographics within the music industry – Gen Z and Millennials – are driving the vast majority of livestream music revenues and are by far the most enthusiastic consumers of such content, suggesting that this is not a temporary fad.

All indicators seem to suggest that, across music and entertainment as a whole, live streaming is here to stay. Although there is something that is impossible to replicate about ‘IRL’ music events, the advent of livestreaming has allowed once-exclusive music events to become accessible to all, which definitely is not a bad thing.