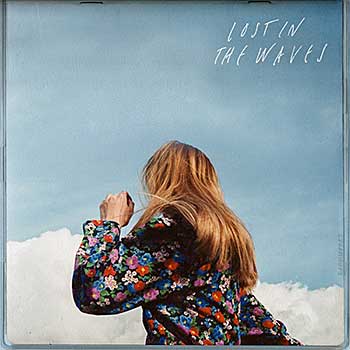 LANDMVRKS
Lost in the Waves

Released via Arising Empire, the album continues where second full-length Fantasy left off, building on that success and putting a fresh, unique twist on a well worn genre. With slick production and tight instrumentation, the band sounds impressive and vital, kicking off the album with the sharp slap in the face of “Lost in a Wave.” With beat drops so beautiful you’ll want to take them out on a date, this track doesn’t mess around and sets the scene for the rest of the record.

With the material written on the road during their UK/Europe tour with While She Sleeps and Stray From The Path (pre-COVID, of course) and the album itself recorded at the end of France’s lockdown, it’s been a bit of a wait for fans since their last album dropped in 2018. Those familiar with the band’s output, however, are sure to be delighted by Lost in the Waves. LANDMVRKS is clearly taking another step up the metaphorical ladder by upping the ante and increasing not only their songwriting skills but also their playing ability. Distinctive and powerful, the album is certainly an accomplishment for LANDMVRKS, showing greater maturity and understanding of their art, technique, and craft. The production, too, is second to none, from the simple things like the haunting echo effect on the snare towards the end of “Rainfall” to the dreampop drenched “Visage,” with its eerie, atmospheric qualities. A track that messes with genres to the fullest, “Visage” truly showcases the versatility of the group. Opening up with rapping in French, it feels almost alt-pop than metalcore in places. It’s delicate and dreamy, with emo trap style beats. Then they switch the entire song on its head and kick into a much heavier metalcore section.

Honing in on the melodic elements that made the band stand out originally, “Silent” opens up with a delicately sung intro that breaks out into heavier scream singing, showing off vocalist Florent Salfati’s variety. Then there’s “Always,” with its melodic lead guitar part and more traditional vocal delivery that leads into a soaring and uplifting chorus.

The breakdowns and growls still come thick and fast throughout the album, however, with layers of guitars stacked for the listener’s auditory pleasure. Able to develop and experiment with their sound while still retaining their crushing heaviness, there is still plenty of moments that feel face meltingly metal—the insane middle section in “Tired of It All,” for example, and the punishing intro of “Say No Word,” a track that feels impossibly fast and grueling with a relentless wall of noise and a tight, punchy, and extremely satisfying delivery.

A fresh sound from a developing and confident band that is beginning to find its stride, Lost in the Waves is a record LANDMVRKS should be proud of and certainly one that will help further cement their reputation. ~ Becton Simpson