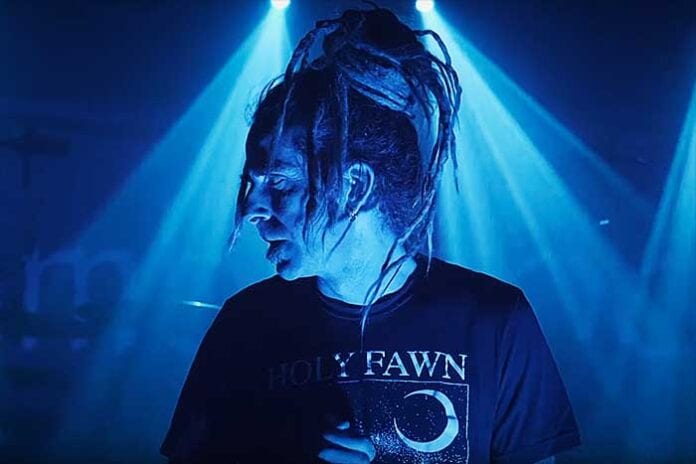 LAMB OF GOD has premiered the official video for “Memento Mori (Live)” from the Lamb of God: Live in Richmond DVD, which is part of the upcoming Lamb Of God (Deluxe Version), due out March 26 via Epic Records. The live track is also available now to stream on all DSPs here.

The video, which was filmed in the band’s native Richmond, VA, for a September 2020 livestream, is available today.

Pre-orders for the three-disc deluxe version of last year’s self-titled album are available now. The set features the critically acclaimed 2020 release with two bonus tracks and a live version of the album, along with a DVD featuring the first of LAMB OF GOD’s two ultra-successful livestream events from the fall.

In addition to performing Lamb Of God in its entirety, the performance features an encore of four songs including “Ruin,” “Contractor,” “512,” and the debut live performance of “The Death Of Us,” a new song the band wrote and recorded in quarantine for the Bill & Ted Face The Music movie and soundtrack. The DVD also includes a new director’s cut with bonus material. Digital copies will contain only Disc 1 and Disc 2. A separate vinyl edition of Lamb Of God – Live From Richmond, VA will also be available.

Exclusive Premiere of THE VENOMOUS PINKS’ New Video for “Hold On”

NOTHING Announces Full-Length Album The Great Dismal and Video for “Say...