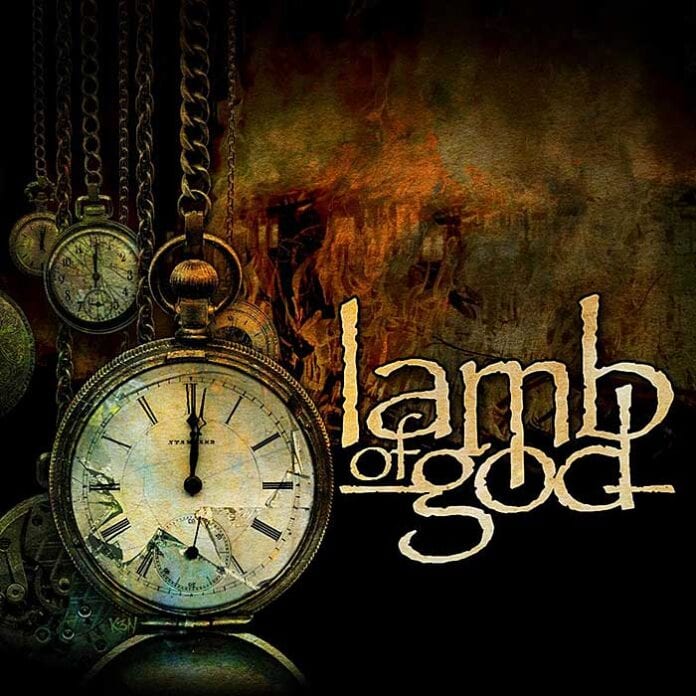 MODERN EXTREME METAL: Initially forming in Richmond in 1994 as Burn the Priest, groove metal merchants Lamb of God has gained a rather credible reputation within the extreme metal scene throughout the years, as they’ve been cranking out its brand of aggressive angst for two plus decades now.

The band’s eighth album, the self-titled Lamb of God, was originally scheduled for a May 8 release. However, due to the Coronavirus pandemic, it was pushed to June 19. Featuring vocalist D. Randall Blythe, bassist John Campbell, new drummer Art Cruz (ex-Winds of Plague, ex-Prong), and guitarists Mark Morton and Willie Adler, this is the band’s first release in five years and its first to be featured on Epic Records.

Its 10 compositions are tight and precise, decorated with loads of groove. “Memento Mori” is a great introductory to the new material. However, it takes a bit to get going, but when Blythe’s harsh barked scream and that ferocious groove and double bass drum pattern kick in, you know Lamb of God means business. The rhythmic “Checkmate” is a hefty punch in the gut, beginning with a bluesy, jam-like intro and clever lyrics on chorus.

The guest collaborations consisting of Testament’s Chuck Billy on the mosh-worthy “Routes” is outstanding, complete with his iconic bellow, while “Poison Dream,” featuring Hatebreed’s Jamey Jasta’s rapped hardcore vocals, creates a brutal, call and response duet segment with Blythe. Although there are no “hits” per se here in the vein of classic Lamb of God songs such as “Redneck,” “Laid to Rest,” or “Now You’ve Got Something to Die For,” “Memento Mori” and “Checkmate” come close.

The musicianship is as consistent and precise as ever. With Morton and Adler as the main songwriters, the guitars are so thick and groovy. In addition, Blythe’s unique vocal approach remains intact, while steady bassist John Campbell and new drummer Art Cruz add wonderful contributions to the band’s overall trademark formula. Returning producer Josh Wilbur (Gojira, Avenged Sevenfold, Korn) has beefed up the band’s sound without losing that collective Lamb of God signature sound. The tracks are a little bit fuller, punchier, thicker, and bigger than previous releases, especially the drum sound.

Although each of the 10 tracks flows well from one to the next with very little surprises in the Lamb of God trademark sound, some tracks lack memorability, most notably on the choruses. Thankfully, there are hints of earlier albums such as Sacrament and Wrath that have loudly crept back in on the band’s self-titled affair. ~ Kelley Simms