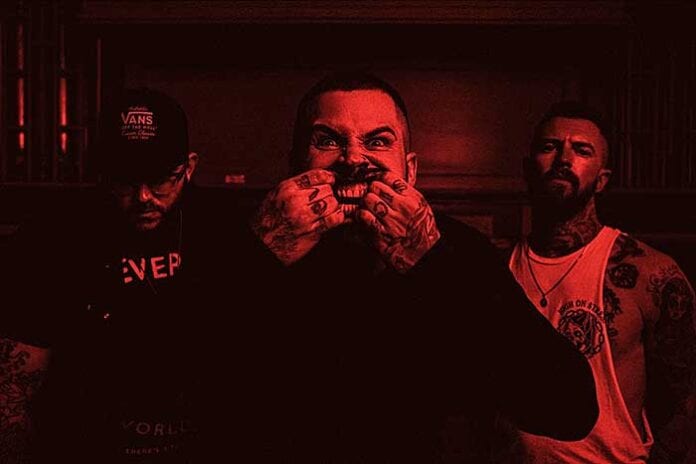 “‘Writhe’ hits extremely close to home for me,” says LeMasters. “I wrote it after finding out that a woman very near and dear to my heart had been both physically and mentally abused over the course of 15+ years. I never knew—she never felt safe enough to tell anyone. But that’s just MY experience. ‘Writhe’ touches on those moments of helplessness and anger when you or someone you know and love has been oppressed, harmed, or abused by someone in a position of power. It dives into those dark moments when you fetishize doing awful things to that person. ‘Writhe’ is directed towards the oppressors, the cowards, the abusers, and the people who violate your trust, and take advantage of it—whether it’s crooked police, a family member, or a spouse.”

He continues, “I know this applies to so many peoples lives right now, too. Whether it’s the repeated, systemic abuse (and murder) of innocent black/POC citizens by corrupt law enforcement, or COVID-19 causing so many of us to be stuck at home unable to work, attend school, etc., resulting in more and more instances of domestic abuse as victims no longer have a daily escape. We wanted/NEEDED to write a song that gives those people a voice. It’s angry, spiteful, and violent because we refuse to ignore those primal human emotions—good or bad. They’re REAL, and I hope this song acts as an outlet of sorts to those victims.”

Teeth stand with the victims and encourage you to donate/check out the following charities.
ACT BLUE:
“We chose this fund because it splits all donations evenly across numerous organizations that help support the BLM Movement. Instead of only donating to ONE charity, this lets supporters donate to a variety.”

CANADIAN WOMEN’S FOUNDATION:
“We also chose to support the Canadian Women’s Foundation because it provides a variety of resources, education, and opportunities for women while actively promoting gender equality. The CWA focuses on women, girls, trans, genderqueer, non-binary, and 2SLGBTQI+ because they face distinct barriers that require distinct solutions and because gender equality improves economic and social conditions for everyone – whether it’s helping victims escape home/spousal abuse, poverty, or supporting important efforts to flatten the curve of COVID-19 and promoting equal rights for the 2SLGBTQi+ community.”

The band has also created the “No Justice, No Peace” tee, with 100% of the profits going to Black Lives Matter.

WOLVES IN THE THRONE ROOM Shares “Spirit of Lightning”