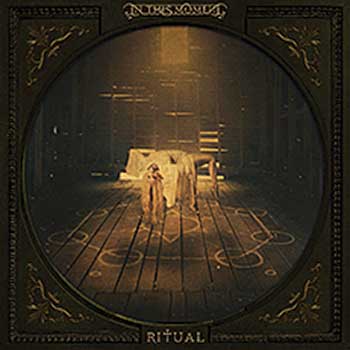 IN THIS MOMENT
Ritual

HARD ROCK RITUAL: If there is one band in mainstream rock that has shed its skin from one album to the next, it’s In This Moment. The band that burst onto the scene with Beautiful Tragedy in 2007 is but a shade of the one that some 10 years later has released its sixth studio offering, Ritual. It has been a gradual, albeit a rather significant evolution this past decade for the Los Angeles based five piece. From metalcore to symphonic and post-hardcore, to shades of nu metal, industrial, and gothic in later offerings Blood (2012) and Black Widow (2014), Ritual is arguably the band’s most daring effort to date. Tracks like “Oh Lord” and “River of Fire” adopt subtle nods to blues and soul, while the overarching themes of the supernatural and witchcraft are carried forth through the songs “Witching Hour,” “No Me Importa,” and “Half God Half Devil.” Perhaps destined to be a guilty pleasure for metal and hard rock fans alike, frontwoman Maria Brink’s duet with Judas Priest legend Rob Halford is pure radio fodder and sickeningly addictive. Admittedly, this latest effort might disappoint In This Moment faithfuls yearning for a more aggressive throwback to the band’s early days, but for those that admire risk takers and wayward artistic dreamers, Ritual is an eclectic treat worth sinking your teeth into. ~ Dillon Collins