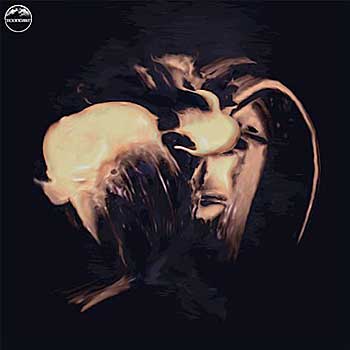 MOTÖR-DEATHIN’: When Bombs of Hades first formed in 2002, it was a side-project designed to allow drummer Magnus Forsberg, guitarist P.O. Söderback, and guitarist/vocalist Jonas Stålhammar—a trio of gents whose list of prior and present band participation is extensively extensive—to let off steam via old school crust punk. Their musical direction quickly saw more and more death metal being added to the mix. As well, the cover art gracing their four previous full-lengths and metric pant load of EPs and splits slinked away from black and white war themes to more colorful death dealing imagery. On Phantom Bell, the Swedish quartet has thrown another stylistic curveball at the weary public. The four songs included have seen the meat of the matter uprooted as straight and narrow death metal has been greatly trimmed and the only crust on the scene is in the crotch of Forsberg’s stage shorts.

The present line of connection is between Phantom Bell and Motörhead, but Bombs of Hades has taken the unusual step by ignoring the cue most bands take from the late Lemmy and the boys, choosing instead to jump not on the driving distorted bass and giddy-upping two-beats, but Orgasmatron. However, while each song uses the mid paced, plodding strut and bleach stained vocals of Motörhead’s oddball eighth album as its starting point, there are twists and turns along the way that raise the individuation aspect a few notches. Except for EP closer “Lungs,” which an untrained ear—and many trained ears—might very well hear as a cover of the title track of the album in question. The title track fires from the holster with a spidery guitar melody reminiscent of classic Mastodon before the sounds of Mr. Kilmister piggyback riding Matt Pike over California’s fire stricken dunes spill forth. “Bridge of Sighs” does its best to tribute Celtic Frost’s To Mega Therion without trying to be too obvious about it—the cinematic grunt and surprise keyboards, however, don’t help keeping that obvious inspiration under wraps.

That this release is clipped at a terse four songs works advantageously in counteracting the stalled tempo selection, occasional monotony, and the missing barbarity in their too casual down picking approach. As this was originally intended to stand as a stop-gap while the band records their next album over the course of 2020, it’ll be interesting to see how much of the Orgasmatron-ish material gets woven into the death metal path Bombs of Hades have been on for a number of years already. ~ Kevin Stewart-Panko