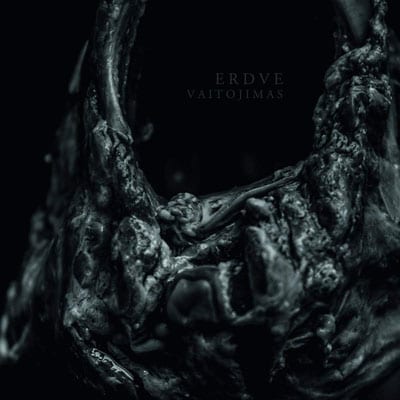 SLUDGY HARDCORE: With a distinct experimental element to their music, the sludgy, blackened hardcore comprising Erdve’s debut full-length is unsettling, affecting stuff. That Vaitojimasis perhaps comparable to the likes of The Secret, Eden Maine, Hellkeeper, and Cult of Luna does not mean that it comes across as borrowing from these heavy hitters, though it’s not hard to see why a band would want to. Their sound, built on loping rhythms, hulking riffs built to crush everything, and a whole lot of squalling guitars conjures a strong apocalyptic air that haunts the whole record, and it’s hard to imagine any color permeating the blackness of the world they inhabit. They make this abundantly clear with the opening title track, which is beyond brutish, as it pounds away relentlessly, and while there are lulls throughout the record, even in their quieter moments there is no real let up in overall intensity. The textured dirge “Isnara” is as eerie as it is vicious, while the savage riffs of “Prievarta” hack away as if trying to cleave meat from bone, and the abrupt change in tone from aching sadness to attitude drenched punk of “Apverktis” is straight up dizzying. That they manage to make such an impact with only six tracks is a testament to their strength, and we can only hope more comes soon. ~ Dan Slessor