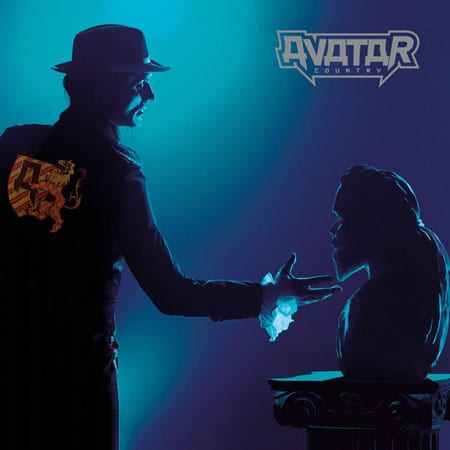 EPIC METAL: Having initially established themselves as a melodic death metal band before evolving into a more nu metal affair, Avatar continues to follow the progressive leanings displayed on 2016’s Feathers & Flesh, and they hold nothing back. The press release that announced the arrival of Avatar Countryfeels more like the précis of a fantasy novel, or a show coming soon to rival Game of Thrones, and with every song title making reference to “The King,” they have once again hurled themselves headlong into concept album territory. With choral opener “Glory to Our King” setting the scene, they’re off and running, the eight plus minutes of “Legend of the King” a whirling storm of insanely fast picking, surging excitement, and drawn out grandiosity, sounding very much like it would be at home on Avenged Sevenfold’s latest full-length. However, this is not a case of setting a template for what follows, because musically it is all over the place from that point on. “The King Welcomes You to Avatar Country” sees them touring the South with AC/DC blasting on the stereo, “A Statue of the King” could be Judas Priest gone nu metal, while it closes with back to back mostly electronic instrumentals. Pulled apart, it might not all work, but somehow as a cohesive work it does, in a gloriously bonkers sort of way. ~ Dan Slessor

CIRCA SURVIVE: The Amulet

NUNSLAUGHTER: Red Is the Color of Ripping Death