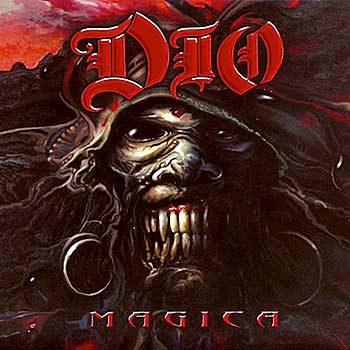 After spending the 90s unsuccessfully chasing relevance in the post-Nirvana world, Ronnie James Dio made an about-face in 2000 and unleashed all the dragons, rainbows, and dreamers he had suppressed for a decade. The result? Magica, a sci-fi/fantasy concept album that marked a return to his favorite themes and his preferred classic metal sound. It also happens to be one of the best, most underrated releases in his catalog. Told from the point of view of the villain, Shadowcast, songs like “Lord of the Last Day” and “Fever Dreams” stand with some of his strongest material (the latter even made it into later live sets). Some of the conceptual framework pieces make the album a little longer than necessary, but there aren’t any real duds in the track list. The remastering sounds much clearer than the original issue, which could be muddy at times, making this version worthwhile just for that. The bonus disc contains a live performance of the entire album. Normally that would be an appealing extra, but the sound quality feels almost bootleg quality. It’s surprising, considering the quality of a lot of the other live tracks in the reissue series. Still, the opportunity to revisit the land of Magica makes this a must-have for Dio fanatics and a destination vacation for anyone who hasn’t yet made the trip. ~ Jeff Treppel

NUNSLAUGHTER: Red Is the Color of Ripping Death