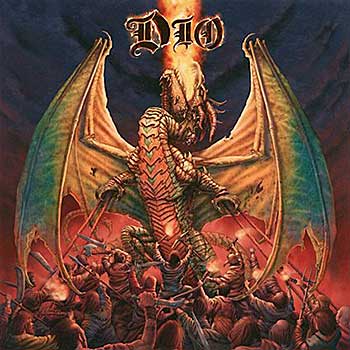 After returning to his classic sound with 2000’s Magica, Ronnie James Dio was on a creative roll. 2002’s Killing the Dragon found the small singer with the big voice crafting a record that would have felt right at home during his early 80s heyday. From the opening title track (a screed against one of his favorite whipping horses, the dangers of technology) to the single “Push” (which featured Dio fans Tenacious D in the video), these songs really show Dio in the midst of a songwriting renaissance. New guitarist Doug Aldrich brought a level of showmanship and quality to his only album with the band. Although the tunes might have been a little too anachronistic during the heyday of Ozzfest, their timeless quality has allowed them to hold up shockingly well. The bonus material here consists of six live tracks from 2002–03. It’s not as stacked as some of the other entries in this remaster series, but the curators handpicked exceptional takes on both older songs like “Heaven and Hell” and new tunes like “Rock and Roll” that show what a dynamic performer he still was at age 60. One of the highlights of his discography, Killing the Dragon deserves to be held in as high esteem as Holy Diver or The Last in Line. Hopefully, this reissue will help introduce it to new ears. ~ Jeff Treppel