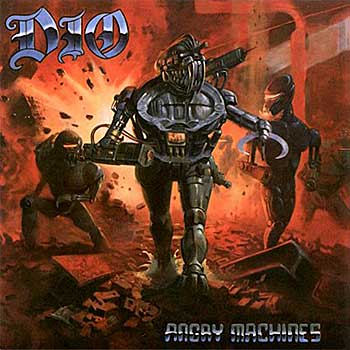 In 1996, the record buying public wanted their metal gritty and grounded. Bands like Pantera and Korn ruled the hard rock charts, and older acts like Metallica and Ozzy Osbourne survived by simplifying and darkening their sound. Other classic acts struggled in the new landscape. Ronnie James Dio proved particularly ill-suited for this grave new world, his optimism and fantasy allegories at odds with the grunge aesthetic. Still, he tried with the Strange Highways and Angry Machines albums. Strange Highways at least had decent tunes. Unfortunately, Angry Machines didn’t, making it the ugliest, least memorable album in his catalog. While the remastering job on this edition sounds good, there’s only so much that can be done with grating songs like “Black” and “Double Monday.” The bonus material only confirms this. A selection of live cuts from the era on the bonus disc reveals passionate performances of classics like “Rainbow in the Dark” and “Long Live Rock ‘n’ Roll.” The newer material, on the other hand, sounds perfunctory. It’s a lovingly compiled package, but there’s only so much that can be done with the worst album in his otherwise solid discography. Still, for Dio completists, the presence of decently recorded live takes on his 90s work makes the reissue worth checking out. ~ Jeff Treppel