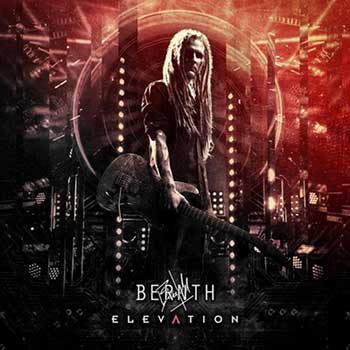 INSTRUMENTAL GUITAR MADNESS: After hearing Elevation, the debut album from Bernth, aka Bernd Brodträger, it’s time to include the YouTube guitar virtuoso amongst the list of riff heavy bands like DragonForce, Metallica, Iron Maiden, and The Darkness. While that may seem like too high a praise for a guy releasing his debut record, you’ll agree when you lay ears on Elevation. Hell, there’s a good chance you’ll agree before “The Kindling,” the album’s opening track, is over. Bernth’s ability to transition between epic, video game-esque shreds and classically inspired interludes is nothing short of jaw-dropping, sounding like he is playing with more than two hands at times (“Séance,” “Monolith,” “Hourglass,” “When It Rains, It Pours”).

Bernth masterfully puts his own unique spin on Paganini’s “24th Caprice,” a violin led work long thought of as one of hardest pieces of music ever written. This is quite the track to behold. “Dopamine” is a stunning creature that tells a story all its own, building from flamenco guitars to heavy arpeggios over the course of four minutes. “Orbitoclast” is otherworldly, with strumming and riffing that doesn’t sound real, but that’s what Bernth does in spades here on Elevation.

Elevation is a feast for the senses. It manages to be both memorable and infectious, even though there are no words to sing-along to. It’s the riffs that get struck in your head. While there is no doubt that this album is a master class, your enjoyment of these tracks rests solely on your capacity to listen to nearly 47 minutes of pure instrumentation. That’s up to you to decide. Otherwise, it’s pretty fucking good. ~ Brian Campbell