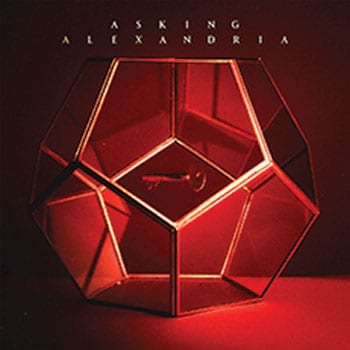 ALT-ROCK METAL: Just after Asking Alexandria released The Black with a new frontman and sustained desires, the short lived fantasy shattered when the admired vocalist made an abrupt exit. In a twist of euphoric fate, Danny Worsnop re-emerged, ready to conquer new heights and prove himself yet again. The single “Into the Fire” delves into the past and prospects the present—“I’ve come to terms with the fact I’ll never change,” Worsnop sums up. “Alone in a Room” finds distorted guitar wails entangled in haunting pop verses, while euphoric screams echo amid creepy electronics. Produced by Matt Good (From First to Last), these 12 tracks tap into classic rock, nu metal, and alt-rock influences, yet remain reminiscent of the band’s previous discography. “Rise Up” is a feel good anthem that kicks off with overwhelming snark and confidence. “When the Lights Come On” boosts a guitar heavy chorus vivid in sound and toxic with charm. “I never expected to be here again,” Worsnop screams on the whirlwind that is “Room 138,” a track lyrically saturated with nostalgia (flashback to 2009’s Stand Up and Scream.) The result is one final, triumphant blow—a taste of the future of Asking Alexandria —and the ultimate satisfaction that the original lineup is back with the undeniable thirst to take on the world. ~ Danielle Deschamps

THE ICE COLD KILLERS: Stories from the Grave