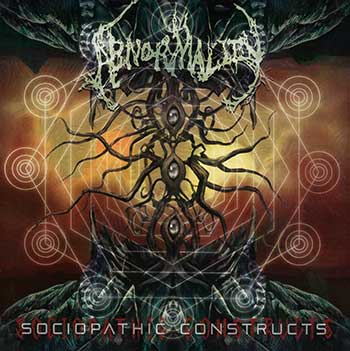 ULTRA DEATH METAL: The trouble with the majority of death metal that’s ultra technical and/or ultra brutal is that it’s death metal that’s ultra technical and/or ultra brutal and little else. We get it—you know every scale, you can play everything a million miles a minute, your blasts/sweep picking are smooth as butter on glass, and you play the kind of shit mathematicians disguised as musicians cream their jeans over. To the brutality point, there’s a reason metal journalism long ago exhausted all the synonyms for brutal. Metal is supposed to be brutal (or barbarous, callous, ferocious, etc.) to some extent and achieving conventional brutality isn’t rocket science. A wise man once said, “If you tune down to B, even ‘Old McDonald’ will sound brutal as fuck.”

There’s a reason bands like Hate Eternal, Origin, Nile, Morbid Angel, and Cattle Decapitation are always the first past the tongue—they have figured out how to inject some semblance of structure and writing chops alongside the brutality based, dick swinging dog and pony show. The result is material that’s durable and listenable.

Massachusetts’ Abnormality has, until now, found itself relegated to death metal’s minor leagues. Firstly, because cracking into the upper echelons of any genre is difficult, especially when the geezers are still emerging with quality material, and secondly, because the band’s previous works have been little more than full-stop bru-tech. That’s not to say Sociopathic Constructs shucks all tenets from those columns.

The band’s third album still crushes and kills in the leaden heaviness and over-the-top proficiency departments, but also spotted in the mix are wide sweeping dynamics, brief glimpses of melody, and nods to genres both close to and far removed from death metal’s battle vest. They might not have removed the appearance of songs mired in faceless and generic tropes, those suffering at the hand of meandering and vocalist Mallika Sundaramurthy occasionally not locking in with what’s going on behind her. But those sightings have been noticeably reduced. Overall, since previous album, Mechanisms of Omniscience, Abnormality has discovered the effective use of lurching tempos in the capturing of listener interest (“A Dying Breed”), how sprinkling melody amid all the flash and bang musicianship tips the balance of a song towards giving the listener something to hang his/her hat on (“Monarch Alpha”), and that life is pretty good with strict genre blinders removed (“A Seething Perversion”). Sociopathic Constructs won’t push Abnormality into the genre’s upper echelons, but an encouraging statement of intent to think beyond the basics has been made, and with hundreds of bands releasing hundreds of albums this year, at least trying to carve out an identity will get you further past the post. ~ Kevin Stewart-Panko