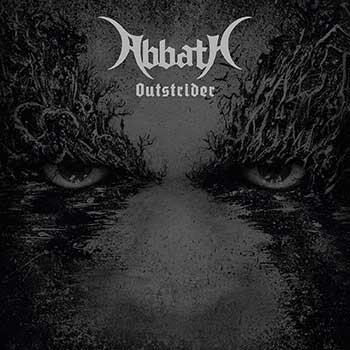 IMMORTAL AGAIN: Do you know what’s the best thing about the fact that there’s effectively being two different Immortals? We get two pretty damn good albums worth of material over the course of less than two years. It doesn’t really matter whether or not you take Immortal’s 2018 opus, Northern Chaos Gods, or this latest from Abbath Doom Occulta’s solo project, there’s a whole lotta frostbiting goin’ on.

The best thing about Abbath as a songwriter has always been his knack for riffs and arranging those riffs in a manner that stood out from the crowded pack of 90s black metal. Sure, that infamous guitar “instructional” video from years back may have diminished a bit of the man’s grim mystique, but you never heard anyone critiquing his chops as one of the genre’s foremost axmen.

This is naturally where Outstrider best succeeds, as evidenced right from the opening salvo of “Calm in Ire (Of Hurricane).” There’s a hearty sense of rock ‘n’ roll to the proceedings, an influence that was slowly crept more and more into Abbath’s composing style over the years. It’s this classic metal feeling that elevates the band’s sophomore effort above their rock solid debut, a more focused melding of 80s steel and millennial menace that sticks with the listener that much more.

Of course, the band’s Venom and Bathory roots are never left too far in the rear view, either, as evidenced by both the banging title track, as well as the bonus cover of Quorthon’s classic “Pace Till Death.” The former’s excellent, headbang-able mid pace really gives it something of an anthemic quality, while the clean guitar sections are brief, but tastefully done. Meanwhile, the absolutely ripping closing track, “Hecate,” doubles down on that Venom vibe with a Cronos styled bass intro and a high-octane, thrashing sense of drama.

Outstrider fires on all cylinders and never loses any steam. The album is actually surprising with how well it ebbs and flows, storming with menace and taking no prisoners. In other words, if Abbath is trying to compete with his former Immortal bandmates by writing some of the strongest material of his career, then he’s doing one hell of a good job. ~ George Pacheco