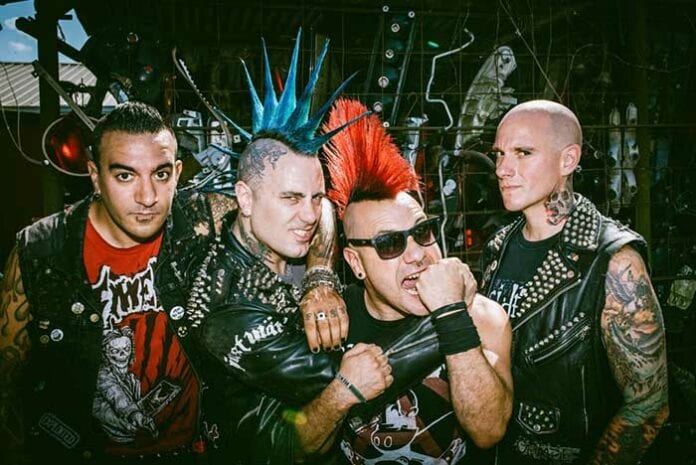 American street punk band THE CASUALTIES share their disapproval for President Trump’s immigration policies in their timely, bold, and powerful music video “Borders.” The anti-Trump anthem is off of their most recent politically-charged album Written in Blood. The video showcases the folks that emigrate to the United States including children, protests, immigration facts, and the border.

“This is a stripped-down video from our hearts that cuts to the bone,” explains vocalist David Rodriguez. “We wanted to show the band in our most raw form and give the viewer an idea of the different faces that this ‘border issue’ affects. Also, we’re not holding back on how we feel about Trump. This is lyrical machine gun fire pointed right between the eyes of this asshole and anyone who follows him! The video is visually and musically a protest song of our generation and we’ve had enough! Fuck your President and fuck your wall.”