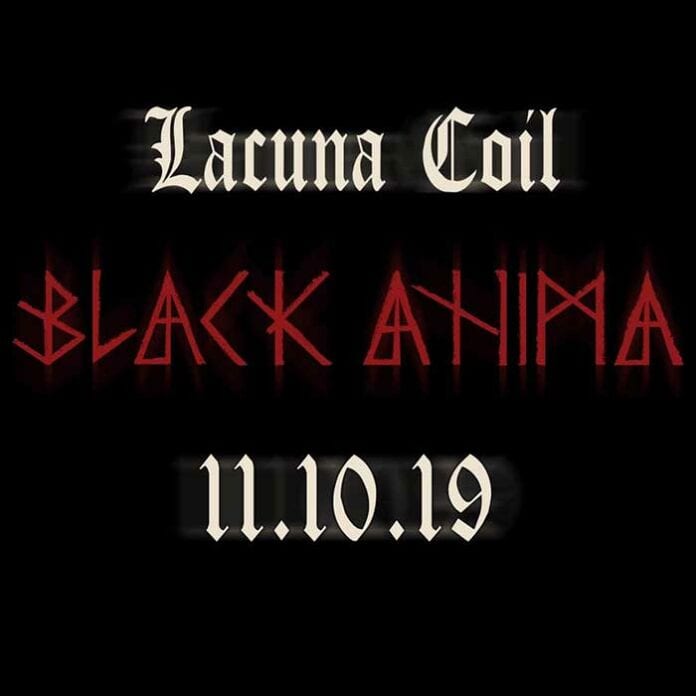 Italian Gothic Metal icons LACUNA COIL are excited to announce their new album Black Anima out on October 11th, 2019, worldwide via Century Media Records. “Black Anima is all of us. It’s you and it’s me. It’s everything we hide and fiercely expose to a world that’s halfway asleep. It is the fogged mirror we are peering into searching for the truth. It’s sacrifice and pain, its justice and fear, its fury and revenge, it’s past and future. Human beings in the magnificence of a disturbing ambiguity. The black core that balances it all… as without darkness light would never exist. We proudly present to you our new work and can’t wait to welcome you in our embrace. We are the Anima,” states Lacuna Coil frontwoman, Cristina Scabbia, about the forthcoming release.

Today, Lacuna Coil also announces their exclusive in-store Looney Tunes event on July 25th at 6:30PM in Long Island, NY. The event will include an exclusive meet and greet and signing with Cristina Scabbia and Andrea Ferro, exclusive merch designs, and exclusive posters. Additionally, fans will be able to pre-order Black Anima and the re-issues of Comalies and In A Reverie in store.“We’re excited to come out and meet you all at the historical, one and only Looney Tunes record store,” states Scabbia. “Andrea and I are bringing with us a couple of new songs hot off the mixing desk – can’t wait to let you hear them! See you soon!” The pre-orders for the re-issues of Comalies and In A Reverie are also available, starting today, and will be released on August 30th.

THE WORLD WE KNEW Reunites for 15 Year Anniversary Show