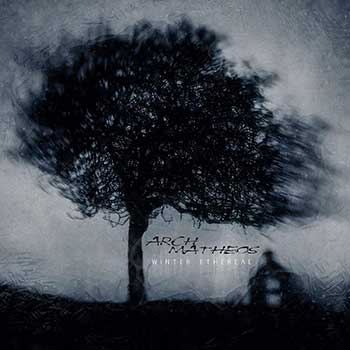 HEAVY PROGRESSIVE METAL: One could argue that an early selling point behind Fates Warning mastermind Jim Matheos’ reunion with former frontman John Arch under the Arch/Matheos banner was a return to the epic metal songwriting that defined the Fates early days. You’d be right about that, but Arch/Matheos is also much more than the sum of its parts. Winter Ethereal demonstrates how creative the project is with regards to the risks it takes and avenues it explores. This isn’t so much a nostalgic trip back to the past as it is an amalgamation of intricate progressive metal tropes with modern execution and production. Sure, the question on everyone’s mind when the Arch/Matheos debut, Sympathetic Resonance, was released in 2011 was, “Does John Arch still have it?” The answer to that question was, of course, “Yes!” But at the same time, fans who couldn’t get into the singer’s…let’s just say acquired histrionics, might be pleasantly surprised to hear that age has softened Arch’s ear piercing wail a wee bit. Make no mistake, this is still 100 percent heavy progressive metal to the bone, but John isn’t so much in air raid siren mode, as he is utilizing his voice to better Jim’s songwriting.

Winter Ethereal benefits both from Matheos’ ever-tasteful guitar playing and Arch’s vocal melodies, which deftly work together, as opposed to the creative push and pull that could occasionally hamper older Fates Warning material. The success of the album also isn’t contingent upon Fates themselves somehow playing second fiddle, either, as Matheos’ bread and butter is still putting out fantastic records, thank you very much. No, Winter Ethereal doesn’t rock because Theories of Flightis bad, but rather stands alongside that excellent Fates Warning album as another piece of the puzzle, another side of the coin for those who have followed this band for so long.

Speaking of long, this album doesn’t mince words with its track length, packing plenty of ideas within songs like “Wrath of the Universe,” opener “Vermilion Moons,” or the closing epic “Kindred Spirits.” Matheos experiments with some of the rhythmic dissonance present within newer Fates Warning jams, but also rips out epic solo work reminiscent of his earliest days. It’s aggressive, melodic, and thoughtful metal from one of the best groups to ever do it, and comes across as one of 2019’s most welcome and well earned returns. ~ George Pacheco