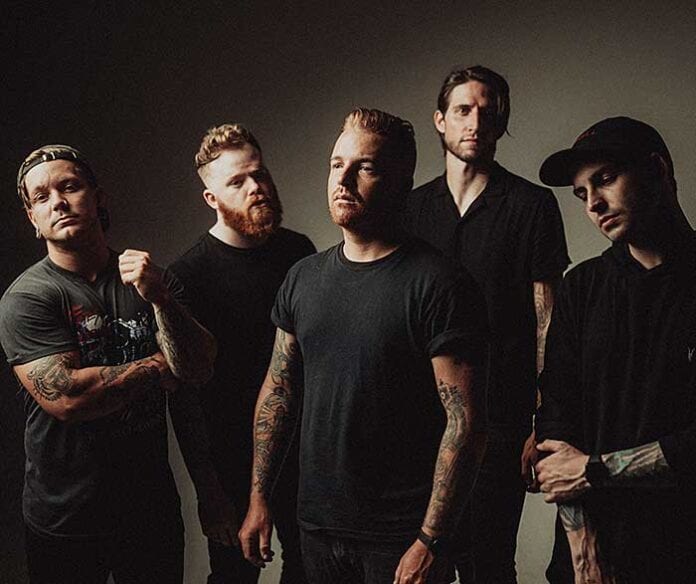 WATCH THE EXCLUSIVE PREMIERE OF LIMBS’ NEW VIDEO FOR “I USED TO BE YOU” ONLY ON OUTBURN.COM

“‘I Used To Be You’ was written as a reflection of my past, riddled with toxic relationships, substance abuse and struggling to cope with the loss of my father. The song is an introspective look into the person I became when life was at its darkest, but narrates how I was able to overcome adversity and better myself, for my own sake and those around me. The driving force behind this story of rebirth is the memory of my father, his voice in my head telling me not to give up, to never stop fighting. ‘For all that I’ve seen, as long as you stayed…I can’t be afraid to live up to your name.’ Because of him, forever living through me, I embraced defeat and uncertainty, recognizing who I once was and striving to better myself by all means necessary.” – Austin McAuley

LIMBS found a home with UNFD in 2018, ahead of the release of their debut album Father’s Son, which gives listeners a dark and brooding look at a young man’s journey out of religion as he comes to terms with both his upbringing and his own actions…a conceptual album following a young man breaking free from his indoctrinated upbringing, the album explores the harm it causes and the strength in reclaiming your own life.

LIMBS’ live video for their album’s title track, “Father’s Son,” was filmed during the band’s 2018 tour with Underoath, Dance Gavin Dance, and Veil Of Maya. The video captures the electricity and raw power of a LIMBS live show—from headbanging to epic stage dives and beyond. Fans have been able to experience it in person as the band has shared the stage over the years with Beartooth, Motionless In White, Sharptooth, Wristmeetrazor, Stick To Your Guns, and more.

In 2018, LIMBS announced that longtime friend Austin McAuley would be stepping into the role of lead vocalist. McCauley debuted with LIMBS at the end of 2018 while on tour with Currents, giving fans a taste of his energy and passion before bringing it into the studio for new music.

McAuley first appeared on “Abandoned,” a hard-hitting track and on vicious follow up single “Stare.”