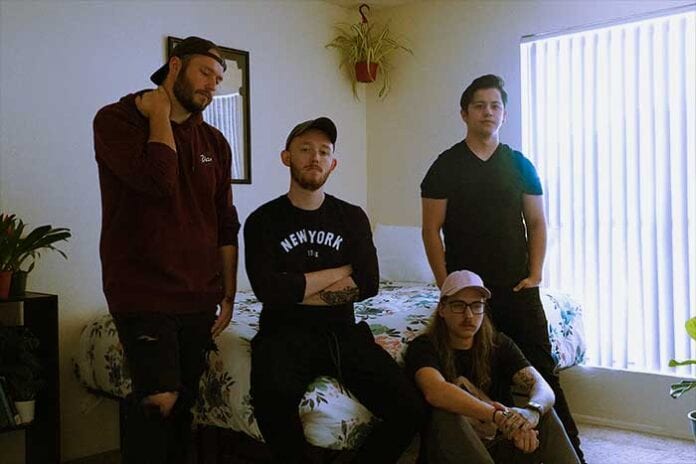 WATCH THE EXCLUSIVE PREMIERE OF THE NEW MUSIC VIDEO FOR “FAINT” BY VERA REVIVE ONLY ON OUTBURN.COM

Vera Revive demonstrates the balance of heavy instrumentation with a melodic atmosphere, all while lyrically addressing topics such as human rights, the unjust or prejudicial treatment of others, mental health, and the loss of love and oneself. “Faint, featuring Kingdom of Giant’s Dana Willax,” was inspired by vocalist John Lockwood’s battle with body dysmorphia. The band hopes that by writing about Lockwood’s struggles they can inspire others who are struggling to speak up and seek help.

The song is out on May 14th and, in honor of Mental Health Awareness Month, the band will be donating 10% of all merch sales for the month to Heart Support. It’s a great song for an even greater cause.

“After learning more about eating disorders, as well as our vocalist John Lockwood speaking out about his battles with body dysmorphia, we were inspired to write a song for Mental Health Awareness month that could be used for individuals to reach out and ask for help. We reached out to Dana Willax to see if he would be interested in helping contribute on this track. He was an absolute professional and a pleasure to work with. We hope that any listener struggling with any form of disorder, eating disorder, body dysmorphia, etc. will understand that there is help there. We are trying to create a voice for those who sometimes aren’t strong enough to speak out alone.”

The Phoenix based quartet was founded by guitarist James Swisher. After recruiting vocalist John Lockwood, the two left their home state of NY and moved to Phoenix. Bouncing between hardcore riffs and melancholic verses, their debut single “What It Means to Forgive” was released in May of 2020. This was shortly followed up with a music video that gained a fair amount of attention from fans of bands like Misery Signals and Counterparts. Critics described the debut single as “tough post-hardcore mixed with alternative metal, held together by melancholic harmonies.”