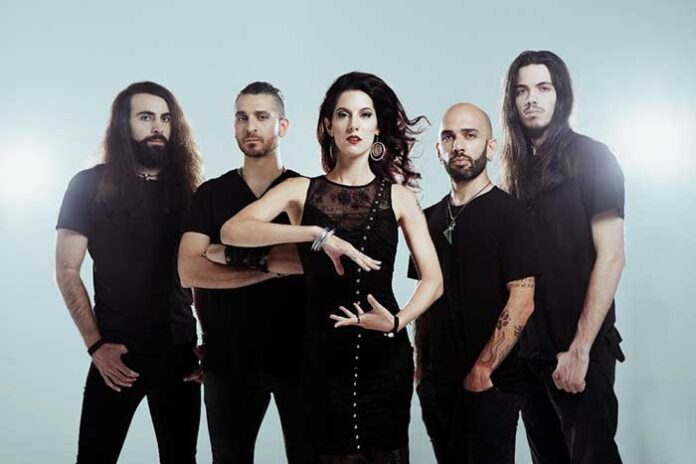 Maestros of modern melodic/symphonic metal, Temperance will delight their devotees with the persuasive new offering Diamanti, to be released on November 19, 2021 via Napalm Records. With Diamanti, the exceptionally skilled Italian outfit once again showcases their extraordinary ability to merge brilliant vocal melodies, hefty power metal guitar riffing and symphonic soundscapes in perfect harmony— all dressed in modern surroundings.

To celebrate the release of the new album, Diamanti, the band tells us in their own words the songs they have been influenced by and Temperance’s essential songs to hear.

Those who know Temperance are aware of the diversity in terms of musical tastes that we all have within the band. There are only a few bands and records that we all love in the same way. The Metal Opera Part I is one of those masterpieces where we all find an agreement. This incredible album has a lot of elements that we all admire and somehow the amount of vocalists involved in the project has a sort of connection with the choice of Temperance of having three lead singers. The song “Avantasia” is obviously the one that we are picking as a symbol.

NIGHTWISH “The Poet and the Pendulum”

If any symphonic metal band today told you, “Nightwish didn’t influence us in any way,” they’d be lying. We won’t lie and we totally embrace the influence that Tuomas & co. had on us. Being influenced has a way different meaning than “trying to copy” someone, and we believe it is really clear how much Temperance’s music is (especially nowadays) far from everything that Nightwish did. But writing this list without mentioning them would mean hiding behind a mask. As for Avantasia, we just picked a song that we really like, but it could have been one other out of so many…

And here we are with another band who influenced us. Especially in the very first records the Amaranthe touch can be heard and often we’ve been hearing people comparing us to Amaranthe. Temperance is a really unpredictable band. Songs like “The Last Hope in a World of Hopes” or the new “Pure Life Unfolds” really have nothing to do with the modern sound that Amaranthe offers. But on the other hand, songs like “Mission Impossible,” the upcoming “Codebreaker,” or many songs from the first two albums can be totally put aside of many tracks from the Swedish band such as “Drop Dead Cynical” and several others.

“The Last Hope in a World of Hopes”

This is the best song we can choose to make everyone understand where Temperance began their current era. It’s the most viewed video from the first record with the current lineup, the one that defines Temperance as a band with THREE lead singers and with a Symphonic-Modern style. We surely faced an evolution since the release of this track in 2018, but it’s the perfect choice to define the turning point that brought us where we are right now.

Every story has a past and a present. If “Last Hope” is the definition of our past, “Pure Life Unfolds” is the definition of our present. “What can I expect from Temperance in 2021?” “Pure Life Unfold” is the answer. Its groove, its melodies, its sound are the perfect description of our band today as it perfectly shows our way of mixing a modern riffing with symphonic elements, blending three different singers together.

After having mentioned the first two songs, someone might ask, “Why the hell did they even mentioned Amaranthe as influences if they only release symphonic songs?” “My Demons Can’t Sleep” shows a completely different facet of the band, where electronic elements are all over the place and not a single violin is involved in the arrangement. We are a crazy band capable of going from the heaviest riff to the most poppish moment, passing through modern breakdowns and speed metal moments. Expect everything from Temperance, as we don’t like to put boundaries on our creativity.

Exclusive Premiere of HALF HEARTED’s Mini Movie for “One Drink,” “Liar.”...