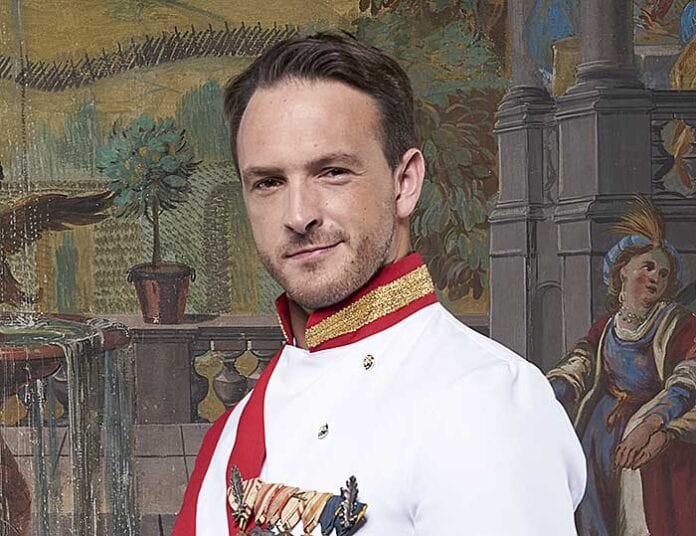 To celebrate the release of Dragony’s new album, Viribus Unitis, which unveils the “true history” of the band’s home country of Austria and is out on January 15, 2021 via Napalm Records, vocalist Siegfried Samer lists his Top 5 Metal Songs Based on Historical Events.

1. SERENITY “Royal Pain”
As the majority of Serenity’s songs are based on historical events or characters, this stands out particularly in the context of our new album Viribus Unitis, as this song is also centered around the fate of the House of Habsburg and the rise and demise of the Austrian empire, albeit looked at in a more serious manner than we are doing on Viribus Unitis, of course! The combination of Georg Neuhauser’s and Clémentine Delauney’s (who was part of Serenity at the time this album War of Ages was made) mesh very well here and give the song a very haunting quality.

2. GRAVE DIGGER “Rebellion”
One of the absolute classic “True Metal” anthems, the whole Tunes of War album is based on the Scottish struggles for independence from England, the medieval conflicts between the Scottish, and this song in particular about the Jacobite rebellion of the 18th century.

3. SABATON “Great War”
Well, you can’t have a list of “historical” metal songs without having Sabaton on here, can you? I’m picking this newer song from their discography from the most recent album of the same name, as that entire album concept was also created around the 100 year anniversary of the end of WWI, and therefore also has some ties to our new record Viribus Unitis. This is also easily my favorite song from that particular album, as it has this absolutely massive chorus that just gets stuck in your head and refuses to leave!

4. IRON MAIDEN “Aces High”
Not sure if it qualifies as a truly “historical” song, but with the legendary intro of Churchill’s speech preceding the first notes of this song that is the album opening track of Maiden’s classic Powerslave album in most live versions, and since it deals with the Battle of Britain in 1940 from the perspective of a Royal Air Force pilot, it’s definitely one of those history inspired tracks that every metal fan needs to know.

5. GARY MOORE “Out In The Fields” Probably one of the most covered songs by metal bands, this hard rock anthem written by guitar wizard Gary Moore shines a light on the Troubles in Northern Ireland, a conflict that is still relatively fresh in our minds, lasting from the 1960s until 1998. “Out In The Fields” was also one of the last recordings made by the late, great Phil Lynott before his death in early 1986.

Siegfried Samer on Dragony’s new album, “Viribus Unitis marks both a return to our musical roots as well as a next step into the future for DRAGONY, as we are returning to a “rock opera concept” album similar to our debut Legends, but at the same time, we have evolved musically and are delivering what we consider our heaviest and most diverse album to date. And even though we are taking a bit of a creative approach with the source material, the concept story of the album is deeply intertwined with the history of Austria and in particular with the end of the Habsburg monarchy, which is often romanticized in Austria and ingrained in our collective consciousness. We are therefore thrilled to be able to release this very special album on an Austrian label, Napalm Records, and hope that both old and new fans of DRAGONY will enjoy the brand new songs!”