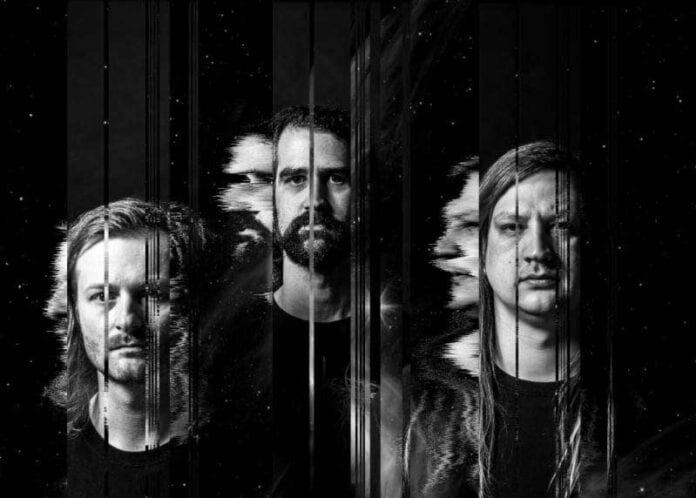 Des Moines, Iowa based psychedelic/stoner metal trio DRUIDS have been making their rounds in the underground for the better part of a decade, but are poised to break out in 2019 with what will prove to be their most confident and explorative effort to date. The trio’s brand new five track record, Monument, is scheduled for release on April 19, 2019 via The Company KC and is available to pre-order beginning today via Bandcamp: https://druidsiowa.bandcamp.com/album/monument

Today—aptly demonstrating their objective of creating music that is loud, crushing and beautiful while painting lush, vast soundscapes—DRUIDS are leading with a brand new track, “The Whip.” The unrelenting, blues hybrid head bobber offers a small glimpse of the heaviness ofMonument without spoiling the album’s more mind-bending, experimental contributions.

Though Monument is an absolute classic metal inspired riffscapade on its surface, there’s much more lying beneath its sonic exterior. Amid the ebb and flow of atmosphere and groove heavy passages, the album tells a story, inviting the listener on a journey through the afterlife. Each song on Monumentdepicts the experiences of mystical worlds that the story’s protagonist encounters after death, and ultimately grows from. Some lessons are beautiful, and some brutal. Although they have departed from their world, they are still learning and growing as a spirit.

Guitarist/vocalist Luke Rauch says, “There are personal experiences in the lyrics, as even now, I feel the band and myself growing in the way the character does.”

Bassist/vocalist Drew Rauch says about “The Whip,” “This is one of the more high-energy songs on the album. We wrote it with the guitar being a driving force, and really wanted a bigger solo section in this particular song as well. Lyrically, “The Whip” takes us through more of a high-action part of the story, describing the harsh conditions of the desert world of the afterlife and the people that live within it. It’s a tough, strict life that they live.”

DRUIDS will hit the road next week on a brief tour of the U.S. Midwest, including a stop at SXSW, taking a break in May before picking back up for three East Coast dates with Modern Life Is Warin early June. See below for all confirmed tour dates: