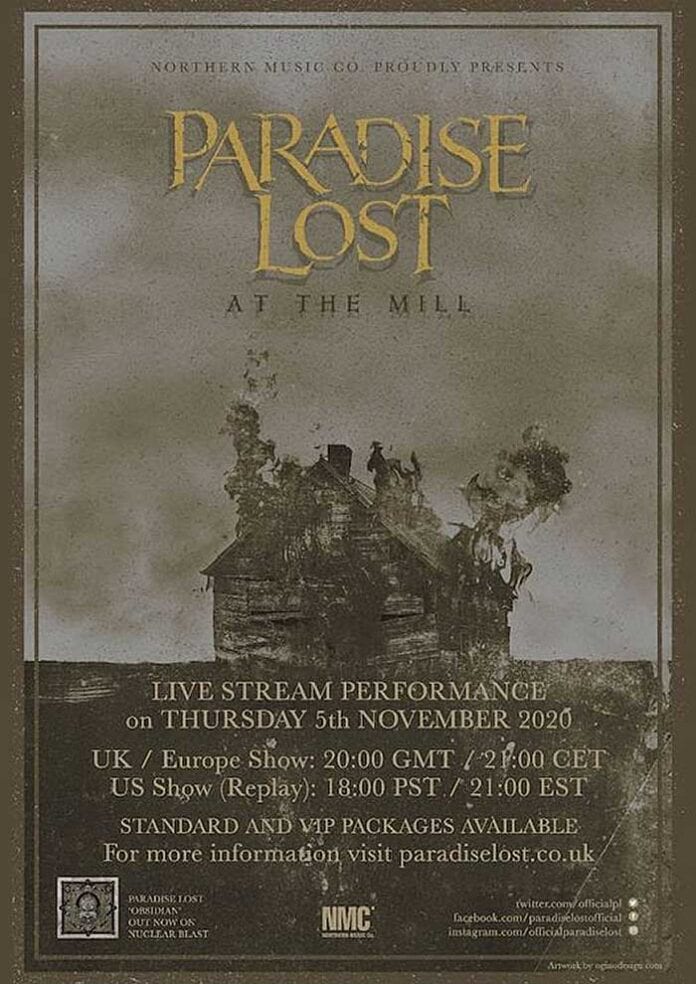 Following on from the release of their new album Obsidian in May, British gothic metal legends PARADISE LOST have announced a special live streaming performance and alternative to Bonfire Night on November 5th.

Vocalist Nick Holmes comments, “Greetings, I hope everyone is well! Just a quick few words to thank everyone for the ongoing great response to our latest album, Obsidian, and to announce that as there are still no stages for us to play on, we have decided to perform live from our rehearsal studio at ‘The Mill’ In Bradford, West Yorkshire. The stream is due to be aired on 5th November at 20:00 GMT via Stageit.com. We sincerely hope you can all join us in a brief respite from these dark days! Thank you, Nick”

This one time live event will feature a regular set from the band alongside a VIP option, which includes three extra songs plus a pre-recorded interview with the band. The regular set will include the world premiere of 2 new songs from Obsidian, and the VIP set will feature 3. Besides the live stream experience at 12:00 PM PT/3:00PM ET, the band ‘replays’ the performance for their fans in the US at 6:00 PM PT/9:00 PM ET. You can either purchase for the European viewing, the US viewing or buy a ticket to both.

Tickets are on sale now via StageIT on October 20th via Stageit.com