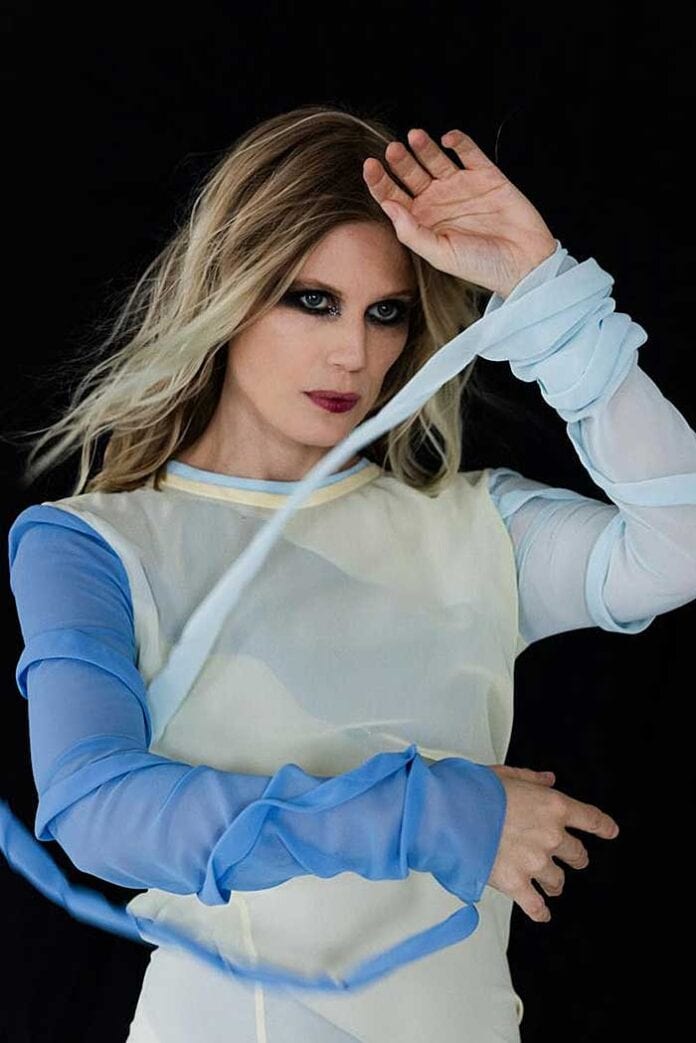 Today Danish composer and multi-instrumentalist Myrkur has revealed her new video and single, “Leaves of Yggdrasil.” Amalie Bruuns’s delicate and sweeping vocals paired with the violin, piano, lyre and nyckelharpa make for a lullaby-like song which she notes, “is very dear to my heart.” She continues, “I wrote Leaves of Yggdrasil about being apart from the one you love because of circumstances that are completely out of your control. The Norns weave the fates of Gods and man and sometimes that means very tough life situations. I wanted to create a song with the feeling of an old folk-tale, but with words that resonated with my own life today.”

For the video, Amalie rejoined forces with filmmaker Mats Ek to create something entirely different from anything she’s ever done. Watch below as they take you into a visual universe somewhere outside of nature and more into the otherworldly.

Myrkur’s Amalie Bruun has always paved her own path and challenged underground preconceptions of heavy genres. Just after newfound motherhood, Bruun set out on a journey into the very heart of the Scandinavian culture that marked her own childhood with the release of her new album, Folkesange. Due out March 20 via Relapse Records, Folkesange relinquishes black metal for a refined yet far-reaching evocation of traditional folk, combining songs ancient and new to sublimely resonant effect.

ARCANUM SANCTUM Unveils “Down to Earth” Single and Video

NEW YEARS DAY on Tour This Fall with Halestorm and The...

COLD Return with New Album The Things We Can’t Stop and...