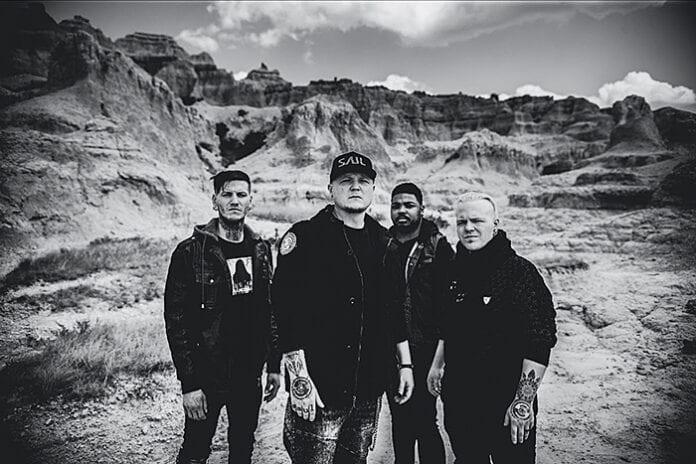 “‘Looking to Fight’ is a song about a time in my life that I didn’t know which step to take. Do I leave music behind or continue with the struggle?,” shares Blake. “I was putting my family through a lot of turmoil during my depressed state. Sometimes you just can’t stop the suffering.”

“This song is one of the first songs we wrote for Rise As Equals that has a captivating and driving force,” says Zach.

In other Saul news, the band has announced The Official Album Release Party. It’ll be a full streaming show and more. It’s set for October 23 at 4:30PM PT/6:30PM CT/7:30PM ET. Get tickets HERE.

Previously, Saul shared the futuristic and cinematic video for the lead single “King of Misery.” The song was co-written by Disturbed’s David Draiman and is rapidly ascending the rock radio charts.