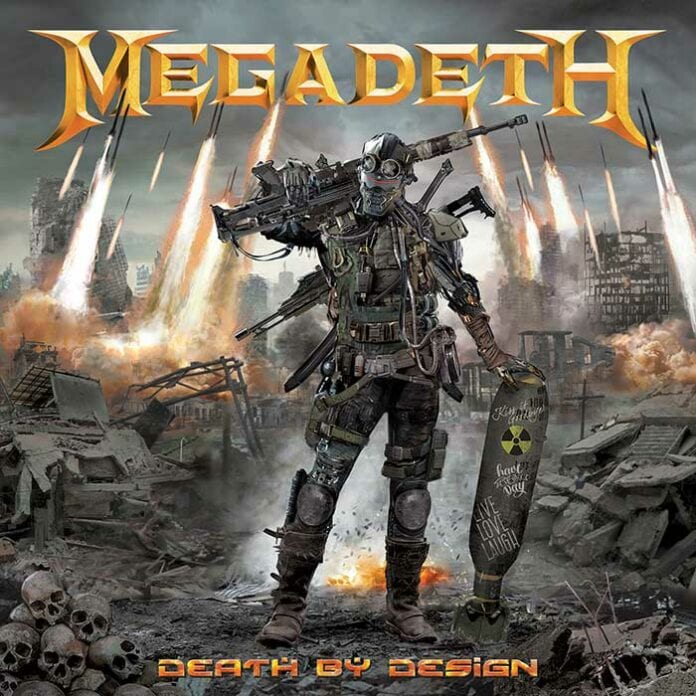 This year marks the 35thanniversary of MEGADETH, to which the band is set to release their ultimate greatest hits compilation, WARHEADS ON FOREHEADS, on March 22.  To further celebrate this, MEGADETH has partnered with premiere comics publisher, HEAVY METAL, to create the ultimate fan experience with a 350 page anthology of comic stories inspired by all the songs on the album. The collaboration, titled DEATH BY DESIGN, features stories written and illustrated by top talent from comics, film, television and music and will be available worldwide at retailers everywhere on June 5, 2019.

The project, carefully curated by DAVE MUSTAINE and HEAVY METAL, is a powerful book that gives both insight and understanding into the universe of MEGADETH and its harrowed mascot, VIC RATTLEHEAD.

Says Dave Mustaine, “I have always fantasized about MEGADETH doing something this gloriously electrifying and gruesome. I hope everyone will enjoy the graphic novel as much as I enjoyed working with HEAVY METAL to put it together for you.”

Jeff Krelitz, CEO of HEAVY METAL says, “Since I was old enough to buy records, MEGADETH has been one of my favorite bands, not only for the great storytelling in the music, but the world building imagery on the album covers. This opportunity to meld the two worlds together and tell stories inspired by their songs is a privilege that we are excited to present to the fans.”

WELCOME TO ROCKVILLE Returns in 2021 with Metallica, Nine Inch Nails,...