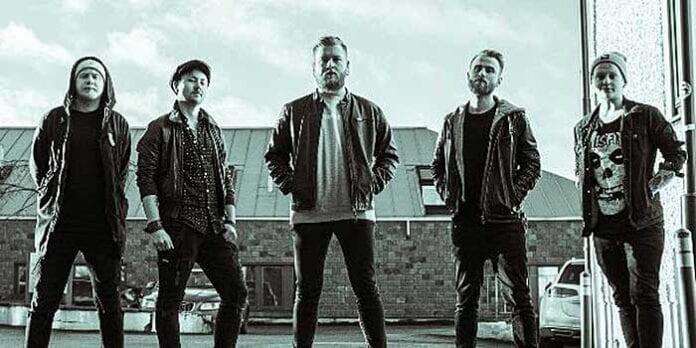 Swedish post-punk/alt-metal band Past Five have revealed a new lyric video for the song “God Forbid.” The video was directed by Ste Calder at Stereo 27 Productions and it is a metaphorical expression of a bad relationship coming to an end.

“This song is about a relationship that is coming to end and in a way it’s a sequel to our song ‘Clichés’ (from our EP Somewhere Between Serenity & Rage),” says guitarist Jonathan Yderhag. “But where ‘Clichés’ is more mournful of the relationship dying, ‘God Forbid’ is written much more so from a point of frustration and desire to move on.”

“God Forbid” is the third music video from the band’s new EP entitled Detox. which was released on May 8, 2020, via Eclipse Records.