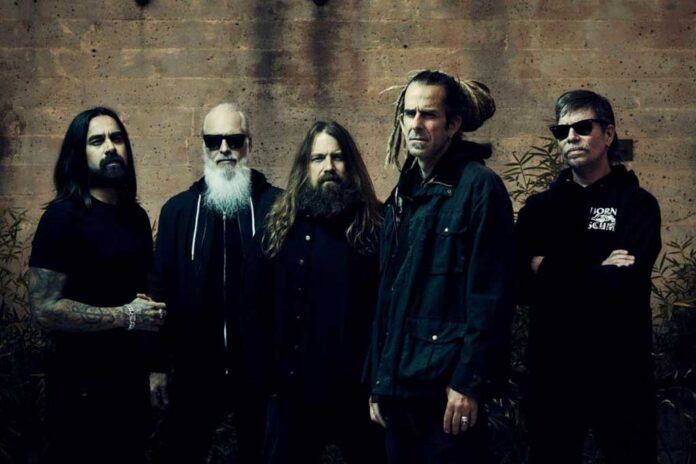 Watch and listen to “Ditch” from LAMB OF GOD’s 9th album, Omens. The new single and full album Omens, from the GRAMMY-nominated metal masters, is available everywhere for download and streaming as well as on CD, Vinyl and Cassette here: https://lamb-of-god.lnk.to/Omens

Today, LAMB OF GOD’s set from the Aftershock Festival will be live streamed on the DWP Twitch channel: https://www.twitch.tv/dwpresents at 9:00pm PT / 12:00am ET.

Also available now, LAMB OF GOD The Making Of: Omens, a short film documenting the recording of their Omens album, which premiered on October 6. The documentary is available to watch on-demand throughout the month of October at http://watch.lamb-of-god.com.

All physical CD and Vinyl copies of Omens include a free access code to watch the documentary. Standalone video-on-demand tickets are on-sale now.

“In February 2022, we entered Henson Studios in Los Angeles, CA to begin recording our 9th studio album, what would become Omens. We recorded this record the old-fashioned way… with five of us, in a room together, playing music. We filmed the entire process.” – Lamb of God

The documentary will include four full song performances recorded in the live room at Henson Studios: “Nevermore,” “Omens,” “Vanishing,” and “Gomorrah.”

Watch The Making Of: Omens Teaser: