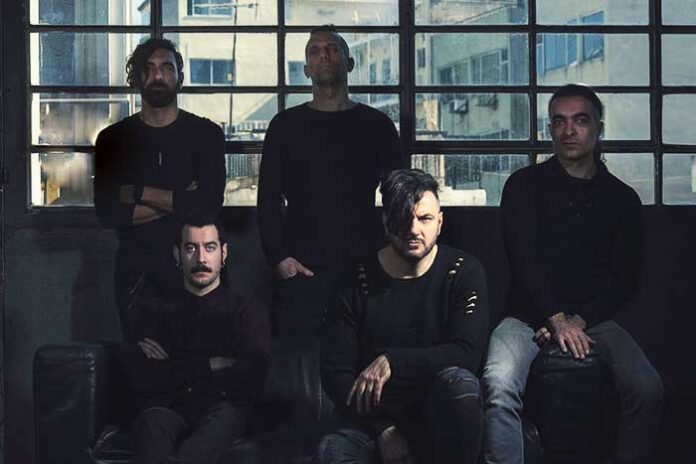 Greek modern metal five piece SCAR OF THE SUN is poised to reach the next level with the release of their otherworldly third full-length, Inertia, out May 14, 2021 via Napalm Records. The album delivers a fresh take on melodic, atmospheric, often progressively influenced metal while forging a unique path, and acts as a follow-up to their self-titled demo (2005), debut full-length A Series Of Unfortunate Concurrencies (2011), and sophomore offering In Flood (2016).

After sharing the stage with outstanding acts such as Dark Tranquillity and Insomnium, as well as compatriots Rotting Christ, SCAR OF THE SUN has made a name for themselves with the very special ability to merge modern metal sound with atmospheric soundscapes and dynamic riffs. Inertia’s first offering, “I Am The Circle,” along with a captivating, dynamic official music video, serves as an exciting taste of lies ahead: Razor-sharp riffs kick off this energetic modern metal smasher, altering between fast-paced and atmospheric moments as frontman Terry Nikas presents his full vocal ability, from aggressive growls to clear singing.

Vocalist Terry Nikas on the first single:
“New, heavier and groovier SCAR OF THE SUN, but always catchy! Years of fighting compressed our anger in a few minutes shape!”

EXODUS Releases Music Video for “The Fires of Division”