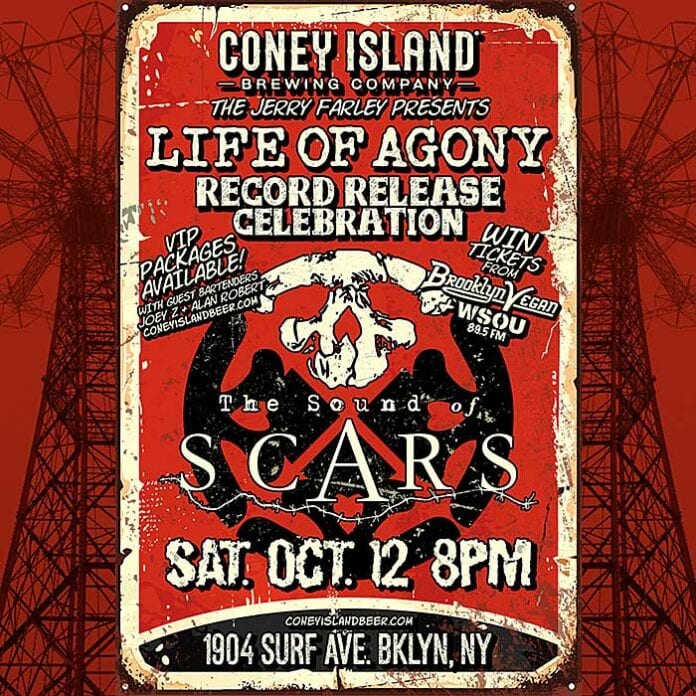 Brooklyn Vegan, 89.5 FM WSOU, and The Jerry Farley Presents have teamed up to host LIFE OF AGONY’S The Sound Of Scars Record Release Celebration at Coney Island Brewery on Saturday, October 12th. This date is significant to the band’s history, because it marks the 26th anniversary of the release of their debut album River Runs Red. Life Of Agony will perform new songs from the forthcoming album The Sound Of Scars, as well as fan favorites from their catalog.

This is an exclusive hometown event before the group kicks off their S.O.S. World Tour, and there are only two ways to attend… fans can either win tickets from Brooklyn Vegan and WSOU, or purchase a very limited amount of VIP Packages through Coney Island Brewery.

VIP Packages will include access to the band’s soundcheck as well as early entry to the bar where LOA’s very own Joey Z and Alan Robert will serve as guest bartenders!