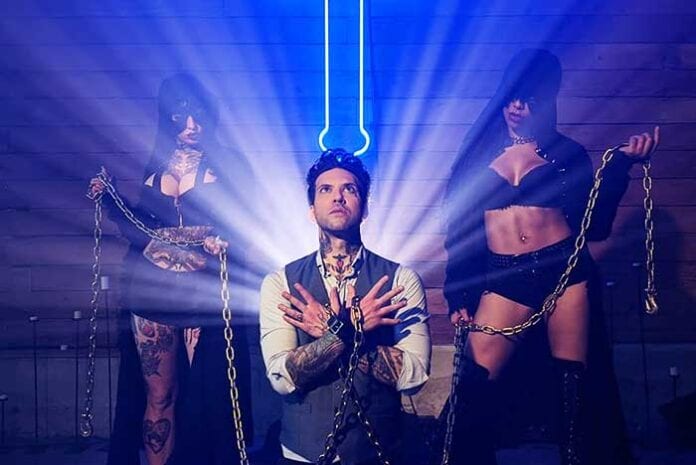 EMPTY STREETS, the brooding musical project from songwriter/actor Aaron Thompson, has revealed a new video for “Pleaser,” the second single and opening track from the forthcoming Age of Regret EP, scheduled for release on August 6 via Cleopatra Records.

Equal parts contemplative, melancholic and angry, “Pleaser” gives voice to deep-seated emotions regarding disloyalty, from the earthly to the divine. “‘Pleaser is a conversation with God and simultaneously a conversation with a lover,” says Thompson. “It’s an angry realization that you’ve done your part and in return you’ve received betrayal.”

“Being the son of a preacher, I loved creating a bastardized church setting for this video,” Thompson says. “It’s a slick middle finger to the upbringing of my youth and at the same time a moment of self-realization—for all that I try to escape it, in many ways I’m just another lunatic on a soapbox screaming like my father.”

THE NOCTURNAL AFFAIR Reveals First Single “Beyond the Wall of Sleep”