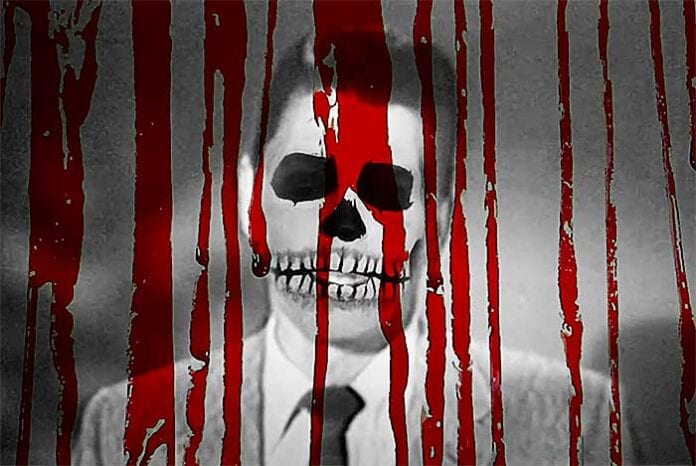 As the Halloween season kicks into full swing, and all of the ghoulish girls and demon dudes are beginning to emerge from their dusty graves, there’s only one band whose resurrection is sure to be greeted with blood-curdling howls of delight—the gothic-themed rockabilly project The 69 Cats! Formed by The 69 Eyes frontman Jyrki 69 and rockabilly guitar legend & Headcat Danny B. Harvey back in 2013, the project exploded in notoriety with the release of their debut full-length Transylvanian Tapes that featured superb cover versions of creepy classics such as “People Are Strange,” “Werewolves Of London,” and “Bela Lugosi’s Dead.”

Now, the group has returned from the hallowed crypt with a new lineup that includes longtime drummer of The Damned, Rat Scabies, and Nekromantix founder Kim Nekroman. The group’s first single, “Hollywood’s Bleeding,” a track originally performed by mega pop icon Post Malone, is a perfect re-introduction to this newly reanimated version of the band, featuring the distinctive growl of Jyrki’s 69 baritone voice backed by Harvey’s ripping guitars, Nekroman’s slinky bass playing, and Scabies’ dead-on drumming. The quartet even filmed a haunting video for the track as a special treat for all those rock loving monsters and fiends.

Jyrki says “This is the best rock ‘n’ roll band of 2020—you really can’t argue about that after hearing the new single. Post Malone is like a modern-day Elton John and David Bowie rolled into one, and this song is my favorite from his new album, which strangely he didn’t release as a single – so we will!”

“Hollywood’s Bleeding” will be featured on the new 69 Cats album coming to collect your soul in early 2021 from Cleopatra Records.