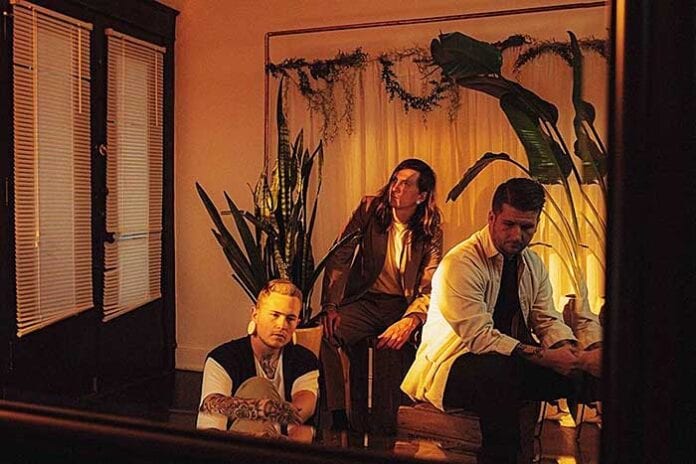 LISTEN TO THE EXCLUSIVE PREMIERE OF THE NEW SINGLE “SWORDSWALLOWER” FROM POLTERGUISE ONLY ON OUTBURN.COM

Kentucky post-hardcore outfit Polterguise has unleashed a new single. The quartet bring intricate and melodically weighted progressive post-hardcore with ”Swordswallower.” The track is taken from the Polterguise’s upcoming EP, Vantablack, set for release on August 13th, 2021, on Theoria Records.

“I have been an extreme sufferer of anxiety for over a decade of my life, and ‘Swordswallower’ is my ode to the state of mind it has dragged me in and out of. The very title is a reference to how it has often made me feel daily. As if I were choking on swords, when I was simply trying to breathe. Anxiety has caused me to doubt and/or ruin relationships of all kinds, sink into deep depressions, want to throw away the goals I’ve worked towards, and has kept me feeling like I’m dying everyday. ‘Swordswallower’ encapsulates the pinballing thoughts and emotions that come with deep anxiety, but ultimately reminds myself and the listener, if you ever wanna break the spell and reach even one simple goal, you have to keep trying, even if you fail repeatedly. For you to win, you have to play” – David Gillespie, vocals

Originally formed as the solo project of David Gillespie, Polterguise emerged onto the scene in their current guise with the release of singles “Ectogasm” and “Ethereale” in 2019.

Touching on the ghost-hunting inspiration behind the group’s name (Poltergeist + disguise), both “Ectogasm” and “Ethereale” showcase an ambitious and progressive brand of post-hardcore, with the intertwining of glistening pop and tenacious breakdowns.

Having captured the attention of the newly formed Theoria Records, with just two singles in the book, Polterguise has teamed with Andrew Bayliss (Picturesque, VRSTY, Sleeping With Sirens) on upcoming EP, Vantablack, set for release on August 13th, 2021. New single “Swordswallower” emerges as a fitting precursor of what is to come from the KY outfit—intricate riffs, soaring melodies and deft, heavy progressions color the new single.