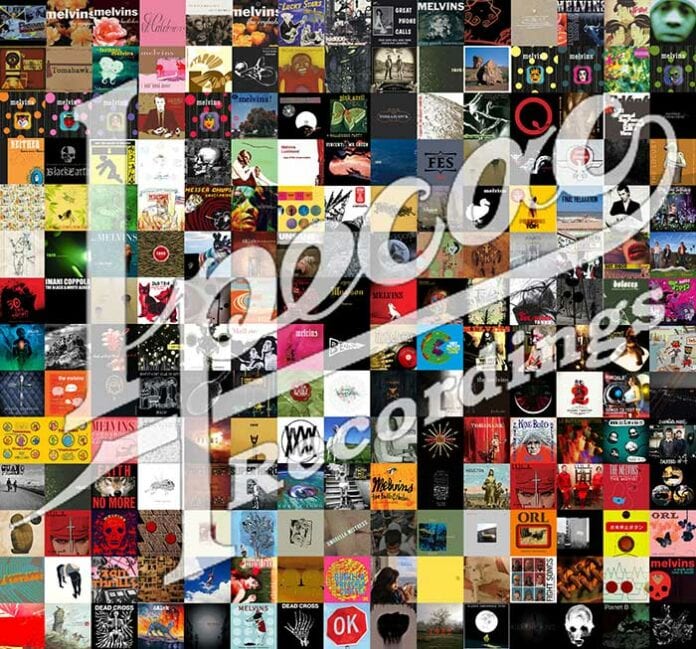 Label founded by Mike Patton & Greg Werckman has released over 200 albums, including landmark LPs from the Melvins, Isis, and Daughters.

IPC-1, that’s the catalog number of the release that started it all: Fantômas’ self-titled release. Greg Werckman, former Alternative Tentacles’ Head Honcho and Mike Patton’s manager, along with Mike Patton (Faith No More, Tomahawk) had just come off the heels of the wild ride that was Mr. Bungle’s California and were looking for a label home for two new Patton projects: a “supergroup” featuring Patton, the Melvins’ Buzz Osborne, Slayer’s Dave Lombardo and Mr. Bungle’s Trevor Dunn as well as Maldoror, a release featuring Japanese noise heavyweight Masami Akita (Merzbow) and Patton.

The pair of releases were obviously far outside of mainstream norms but, in 1999, even in more experimental circles, Fantômas and Maldoror were headscratchers. The ensuing label offers, of which Werckman says several less-than-stellar proposals were sent their way, didn’t offer the creative freedom Patton craved.

On April 1, 1999, Ipecac Recordings was officially born, headquartered out of Werckman’s San Francisco home office, the company released Fantômas’ self-titled album on April 26, 1999 and Maldoror’s She later that fall. Initially, the plan was to make this a home for Patton’s non-Faith No More/Mr. Bungle releases, but a year’s long friendship with the Melvins quickly changed that.

“At first Mike and I started Ipecac as simply an outlet for Mike’s music. We did not really consider it a ‘label’ per se but shortly after we decided to do this, the Melvins asked if we were interested in including them. That was the moment it turned into a somewhat proper label,” explains Werckman. “We quickly found out that we knew a lot of musicians that were looking for an artist friendly home. We started with very humble expectations and have been pleasantly surprised. We are grateful for our unique, loyal fanbase that have been willing to take artistic diversions with us and most of all so grateful for the artists that have been willing to join us.”

“When Greg and I started Ipecac,” adds Patton. “We both had seen and experienced examples of what we DIDN’T want to do. As an artist, I only hoped we could configure a model that was independent and sustainable… and that we could develop a contract that I would actually sign myself! Basically, a friendly artist-driven environment where every record was, in essence, ‘licensed’ with the artists having ownership of their own music. We also wanted to offer complete artistic freedom from point A to Z. Seems ridiculously straightforward and simple, right?”

“We told Greg that if they wanted to start a label then the Melvins would love to be involved,” offers Melvins’ singer/guitar player Buzz Osborne. “We asked if he would be interested in doing a trilogy of releases within one year and they said no problem. 20 years later it still works.” That year the Melvins released The Maggot, The Bootlickerand The Crybaby via Ipecac.

Over the ensuing years, Ipecac Recordings has served up over 200 albums, DVDs and singles. The label’s catalog includes 33 various pieces of the Melvins’ discography, four of heavy music’s most critically-lauded and influential albums of the past two decades via ISIS, Eagle of Death Metal’s debut album (Peace, Love, Death Metal), 23 albums from At The Drive-In’s Omar Rodriguez-Lopez, various releases from dälek, Ennio Morricone, Josh Homme (Queens of the Stone Age/Desert Sessions), members of the Jesus Lizard, Jim Thirlwell, Dean Ween, Napalm Death, Einar Orn, Zach Hill, Sleaford Mods, Mark Lanegan, TV on the Radio’s Tunde Adebimpe and, of course, Mike Patton’s expansive and ever growing, body of work including Tomahawk, Mondo Cane, Dead Cross and Faith No More. As Ipecac enters yet another new decade of its existence, the label eyes the future, having recently released perhaps the finest album of 2018: Daughters’ sure-to-be masterpiece You Won’t Get What You Want, and throwing their support fully behind the blissfully heavy outfit, Spotlights, who release their second-full length with the label, Love & Decay, later this month.