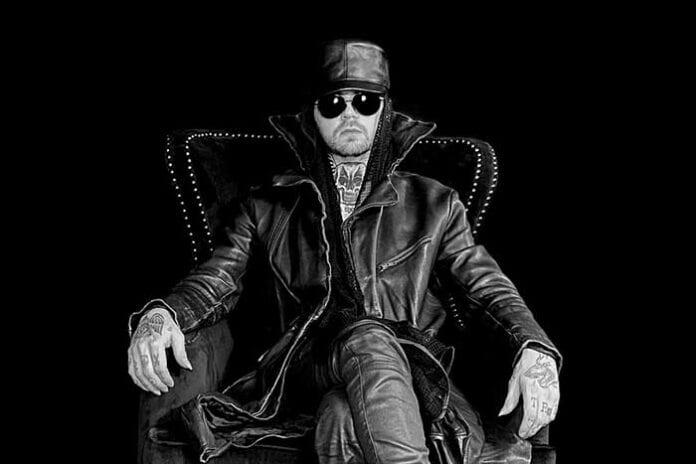 Gost shares a first taste of Rites of Love and Reverence (Aug. 13, Century Media Records), with the song and accompanying video for “Coven.”

“‘Coven’ is a piece that seemed to write itself, flowing almost effortlessly from some unexplainable source,” explains Gost. “This song is told from the perspective of a persecuted witch who is proud of her coven and will die before she betrays her sisters. In memory of the many victims throughout history, by which mere accusations of witchcraft condemned the innocent to death.”

Rites of Love and Reverence is both an album of beautifully crafted songs and a fascinating journey, rich with thoughts of supernatural wickedness and real world retribution. “The lyrics were inspired by witchcraft themes,” adds Gost. “It’s mainly about how witchcraft has affected women throughout history. Witch trials and the subsequent executions throughout the ages terrify me. I fear, as a society, we are always on the verge of such horrible psychosis based on the misunderstanding and intolerance of one another. I try to educate myself on any historical subject I use as an influence, out of respect for the real people who actually lived through it.”

In keeping with its dark themes, Rites of Love and Reverence arrives with the stunning imagery from celebrated doyen of macabre art, Nona Limmen. Both eerily psychedelic and mysterious, it is the perfect visual representation of this record’s grim but vivid depths.

The perfect soundtrack to these uncertain and frequently horrifying times, Rites of Love and Reverence renders Gost’s post-synthwave exploits in kaleidoscopic technicolor, delivering all the glass-shattering grit, incisive melodic melancholy and tripped out, electronic fervor that his ever-expanding army of admirers demand.

Gost has spent the past several years on the road, touring with a wide range of artists from his synthwave comrades Perturbator and Carpenter Brut, to industrial artists like 3TEETH and Author & Punisher, as well as some of the biggest names in metal, like Mayhem and Power Trip. The mysterious producer cut his teeth playing in metal bands, eventually drifting towards electronic music, which combined with his fascination with the occult, John Carpenter and ‘80s slasher flicks, gave birth to his uniquely powerful sound. With haunting atmospherics and evocative aesthetics, Gost quickly developed a loyal following in both the electronic, rock and metal communities.